The Concorso d’Eleganza Villa d’Este on the shores of Lake Como, Italy, is an elitist event, which celebrates the most beautiful automobiles ever created.

The Concorso is far from a small event, but what the Italian affair lacks in size it more than makes up for in exclusivity.

Here are 10 of our favorites from the show.

Ettore Bugatti forbade his son Jean to race cars, so it seems ironic that the 30-year-old was killed test-driving one of his creations. The Type 57 Atlantic, an aluminum-bodied coupe with a long hood and teardrop shaped rear strewn with rivets, is one of the most iconic. The car shown at Villa d’Este was a 57SC owned by Ralph Lauren. With 25hhp more than the standard 57S, the supercharged SC generated 200bhp and was capable of 120mph top speed, unfathomable in 1938. As one of only two ever built, Lauren’s car scooped up nearly every award available, including Best in Show by the Jury; Coppa d’Oro Villa d’Este; Trofeo BMW Group Italia; and the Trofeo BMW Group Ragazzi.

This 250 GT Tour de France received special mention in Class G, a category dedicated to Speed and Style. Tailored to meet the needs of motorsport, the long wheelbase Tour de France was also known as the ‘Granturismo’. One of only 77 cars built by Scaglietti between 1956 and 1959, the 250 GT Tour de France dominated the GT racing scene. This Series II model is characterized by its three vents on the front wing and covered headlamps. It encapsulates the best of Pininfarina’s design with performance attributes garnered from its revised V12 powerplant.

The Lamborghini Miura is one of the most beautiful automotive creations of all time. Designed at Italian Carrozzeria Bertone by then 27-year-old Marcello Gandini, the Miura’s metal ‘eyelashes’ above its headlamps and the B-pillar vents that integrate the door handle were just some of the elements that made the design an instant icon. Its sensuous bodywork cloaked a transverse 12-cylinder powerplant mounted mid-ship – a revolutionary proposition when it made its debut at the 1966 Geneva motor show. The SV was the last model created in the Miura’s seven-year production run.

The 350 GTV was Ferruccio Lamborghini’s first foray into the world of sports cars. Founding his own company after having been displeased with the performance of his Ferrari, Lamborghini sought the assistance of Franco Scaglione who penned the prototype. Low and long, the 350 GTV featured classic GT proportions – a long hood, set back cabin and fastback tail. The car was an instant hit when it made its debut at the Turin motor show in 1963, but there were some issues – the V12 powerplant Lamborghini had tasked Giotto Bizzarini to build didn’t fit in the engine bay. It was only after modifications had been made to the chassis that the 3.5-liter 305bhp motor could be installed, and the production 350 GT came to be.

The Wraith name may have been revived for 2013, but it first appeared on a Rolls-Royce motorcar back in 1938. The successor to the (relatively) small Rolls-Royce 25/30 HP, the Wraith was provided to coachbuilders as a rolling chassis and most wore four-door bodies. This two-door Wraith is one of only two ever made by German coachbuilder Erdmann & Rossi before the Rolls-Royce factory shut down chassis production in order to supply aero-engines to the British military. Its beautifully svelte shape – by 1930s standards – was driven by a 4.2-liter straight six.

The 1964 500 Superfast was the last car in Ferrari’s America series, which ran from 1951 to 1966. Designed by Pininfarina, it remains one of the most breathtaking automotive creations. Its slender, forward canted honeycomb grille – feeding air to its front-mounted 5.0-liter 12-cylinder engine – was the starting point to its streamlined shape. It was able to reach 60mph from a standstill in 4.9 seconds, topping out at 174mph. From its long hood through to its tapered tail (from which it gets its name), the 500 Superfast simply oozes elegance. Clearly the judges thought so too, as it was deemed the overall winner in Class C.

When the Future Had Fins

This Mercedes 540K Cabriolet rightly sat in the ‘Kings of the Road’ class at this year’s Concorso. Penned by Friedrich Geiger (the man behind the iconic 300SL gullwing coupe), the long and regal vehicle – with a stretched hood, flowing wings and louvered rear wheels – was an exercise in automotive opulence, and one of the largest cars of its day. Just as its exterior design conveys, society’s elite looking to make a statement of their wealth and power were often seen riding in its decadent interior. This car, owned by a wealthy Greek shipping magnate, is one of three remaining A models of the 83 cars ever built.

While Carrozzeria Touring designed the original DB4 GT in 1958, Aston Martin also consigned some rolling chassis to Zagato’s Ercole Spada, who hand crafted 19 bodies. With oval grilles and a smoothed out rear end devoid of the stock GT’s tail fins, the DB4 GT Zagato is now considered one of the most beautiful Aston Martins ever produced. It is also one of the most valuable. This car, co-owned by David Eyles of the UK, was built using Plexiglas and aluminum to keep weight down to 1225kg. It is one of only four ‘lightweight’ models built explicitly for motor sport and it boasts a racing pedigree at the hands of Jim Clark.

This Siata 208S was deemed winner of the Class F category. Based on the legendary Fiat 8V, the 208 was built in coupe and roadster form, the latter designed by Rocco Motto of Turin. Sold almost exclusively in the US, the 208S Spider is clearly one of the cleanest and unadulterated sports cars of its day, mixing V8 power with a two-seat roadster layout as Carroll Shelby would do in the AC Cobra nearly a decade later. This car bears some resemblance to the AC Ace on which the Cobra was based, but its Italian flair is most noticeable in the treatment of its front wheelarches and its fins stemming from bulging rear haunches.

Called a ‘Sports Saloon Fastback’, this R-Type Continental was a post-war design created by Blatchley and Evernden and assembled by H J Mulliner & Co in London, the first of many coachbuilders to use a rolling R-Type chassis provided by Bentley. To keep weight down and boost performance H J Mulliner made extensive use of aluminum in the Continental’s construction and its streamlined shape was wind tunnel-honed. The result was a curb weight just over 1800kg and a top speed of 120mph. The bespoke nature of the R-Type Continental and the extensive man-hours to create it meant that prospective buyers had to wait six months and spend the equivalent of a manor house set on a few acres of land for the privilege of owning one. 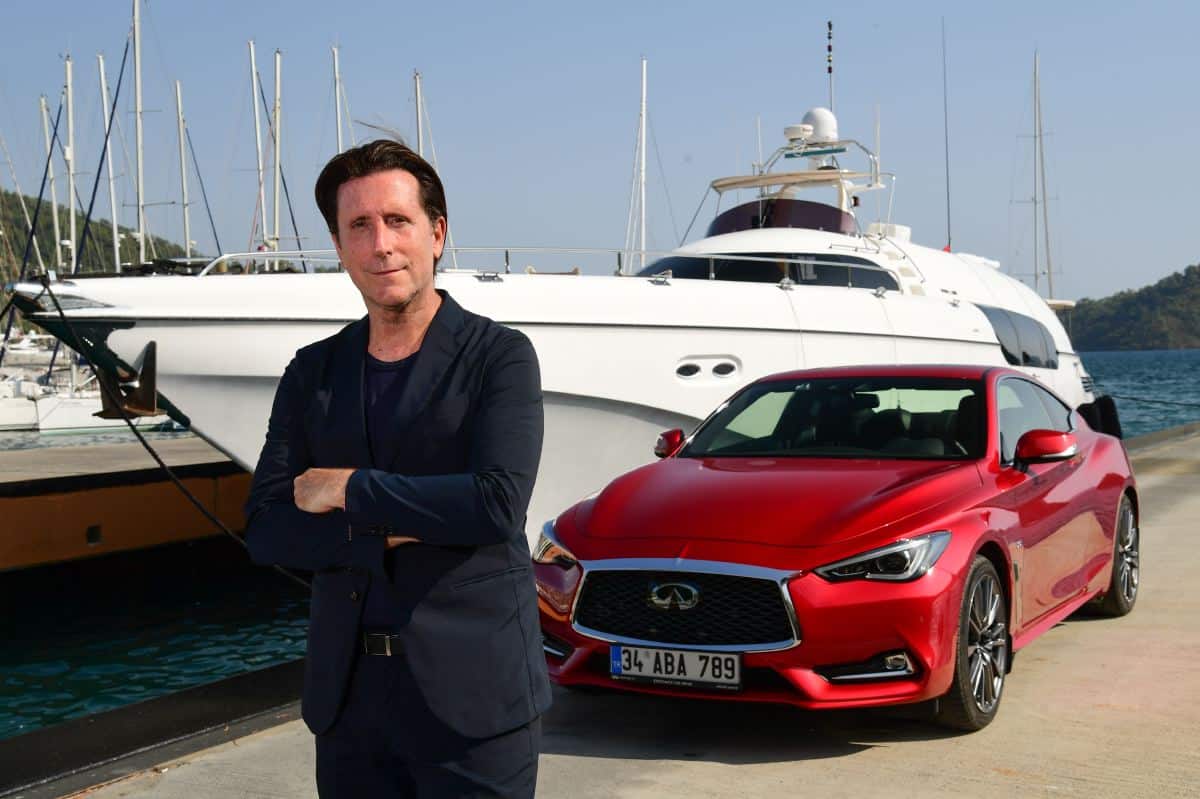