The state of the European car market has been well publicized, but the UK market has been bucking the downward trend. There is an undeniable love of cars in the UK, which is not present in countries like France, Spain and even Italy. In those markets, buyers, regardless of financial stature, tend to buy practical vehicles out of transportation necessity.

Recognizing this passion for the automobile in the UK, however, Peugeot has decided to bring the stunning Onyx concept — which made its debut at the Paris motor show in September 2012 — to the fabled Goodwood Festival of Speed for its first public demonstration.

The Festival of Speed gathers vehicles from past, present and future together on the sprawling grounds of Lord March’s estate in both static and dynamic environments — notably the famous hill climb route.

Though a technological masterpiece utilizing many innovative materials — such as copper and carbon fiber — in its construction, the Peugeot Onyx concept is said to break the mould of a traditional concept car modelled for static appreciation.

Powered by a 3.7-liter V8 HDi FAP diesel-electric hybrid drivetrain mid-mounted within its carbon fiber shell, the concept has been developed with the expertise of Peugeot Sport and the experience acquired from racetracks the world over. NACA ducts in the double-bubble roofline supply the intake for the diesel V8 to transmit 600bhp to the rear wheels via a six-speed sequential gearbox.

To showcase the concept’s viability and the authenticity of its performance, the futuristic supercar will participate in the hill climb. Though it’s unlikely to be piloted with enough fervor to set record times, Peugeot’s intent is simply to illustrate the potential of the Onyx’s Intelligent HYbrid4 technology, which recovers kinetic energy stored in lithium-ion batteries and allows it to be redeployed to enhance acceleration, boosting power by 80bhp for an overall weight to horsepower rating of less than 2kg per horsepower.

The Onyx achieves high performance without altering the purity and elegance of its exterior design, which appears to have been fashioned by hand by a master craftsman. The wings and doors are of pure copper sheet, polished to a mirror finish and left ‘unprotected’. Over time, the bodywork will gain a patina.

Watch the video we shot in Paris for more on the Peugeot Onyx concept’s design. 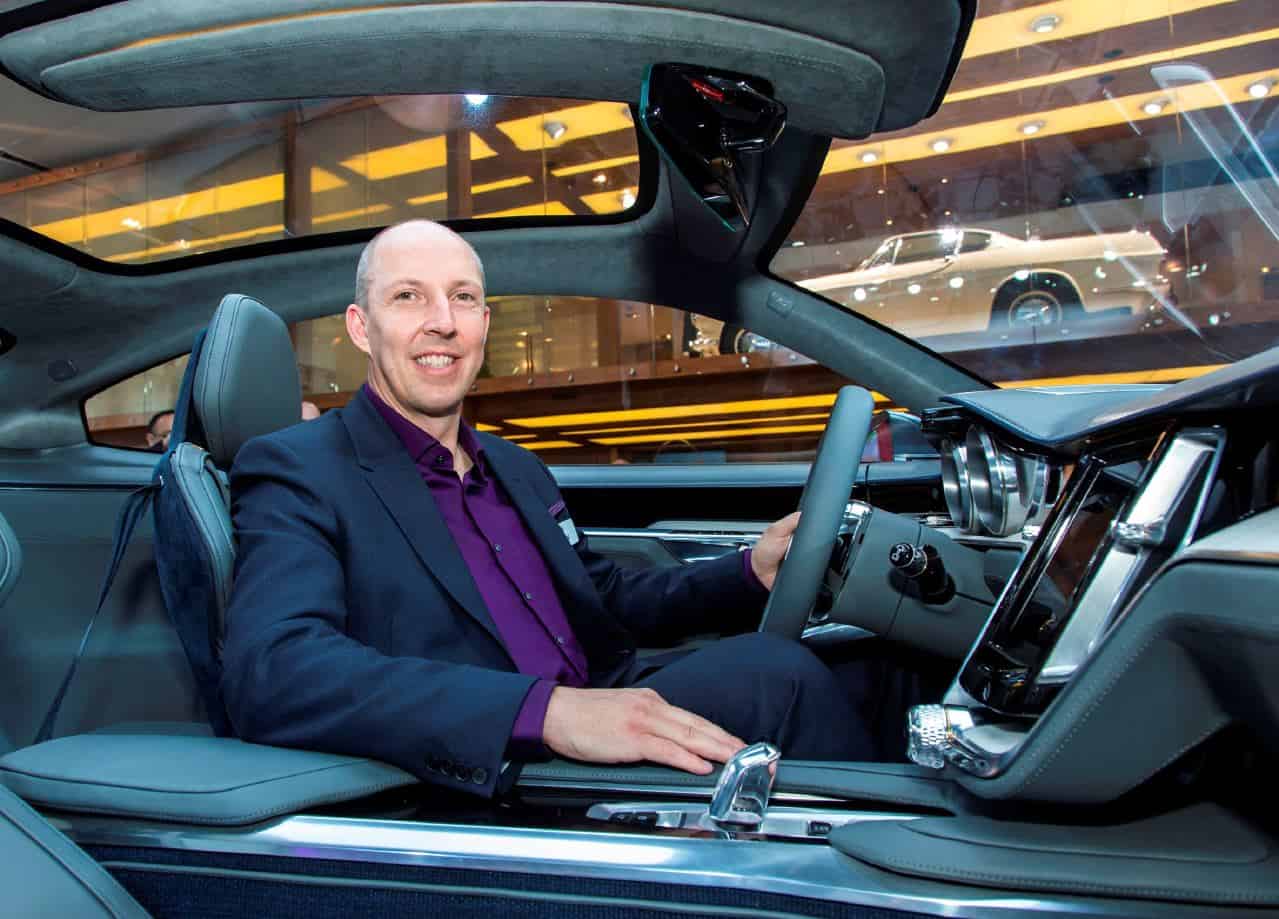