Citroën will forever be remembered for the groundbreaking innovation and sensuous beauty of the DS, a nomenclature that is now being offered as its own standalone brand. Flaminio Bertoni’s design was a masterful vehicle brimming with innovation, and its beautiful shape would go on to influence generations of the French carmaker’s future products. One of those vehicles is the low-slung and no less alluring CX, which celebrates its 40th anniversary this year.

Designed by Citroen chief designer Robert Opron, the CX was a two-box sedan that started life as Project L in 1971. Opron and young designer Michel Harmand had previously worked together on the GS and, although unconfirmed, are believed to have been influenced by young Leonardo Fioravanti’s designs for the Pininfarina/BMC 1800. It would be the last Citroen vehicle credited to Opron.

The production CX made its first appearance at the 1974 Paris auto show. Named after the French acronym for aerodynamic coefficient (Cd), the CX was not a small car. Measuring 4630mm in length, the car’s long hood, sweeping roofline and rear fender skirts paid tribute to Bertoni’s earlier work on the DS, but the CX had more modern, sportier proportions. With flush-mounted headlamps, a curved rear windscreen (which negated the need for a wiper) and a kammtail, the CX also had amazingly optimized aerodynamic qualities. These played a key role in achieving the CX’s impressive levels of fuel efficiency.

Recognized for its sleek profile and bold technical choices, the CX inherited the constant-height hydropneumatic suspension of the DS as well as the power-operated self-centering steering system seen on the Maserati-powered SM in 1970. The same high standards of comfort apparent in the subsequent innovations provided for an improved driver experience.

The interior design placed particular emphasis on convenience. The minimalistic IP featured controls ergonomically placed around the instrument binnacle instead of steering wheel stalks to keep the driver from having to take their hands off the steering wheel. With a nod towards increased comfort, the C-matic torque converter did away with the clutch pedal, freeing up valuable leg space for the driver.

The CX was also the first sedan of its type in Citroën’s history to be specified with a diesel engine, making it a viable alternative to petrol engined vehicles in the European tourer market. One year after the 1973 oil crisis, Citroën was able to demonstrate its innovative capabilities with engines that would meet high standards in terms of driving pleasure and lower fuel consumption.

When the Future Had Fins

Over the next few years, Citroën continued to upgrade the CX, adding an estate version in 1975, a 2400 GTi electronic injection sports version in 1977 — considered as the fastest French tourer of its time — and a Prestige version in 1978, which was 280mm longer than the original car. Further technological improvements reflecting the innovations of the original car were also fitted — the 1985 CX was the first French car to be fitted with ABS brakes.

The CX was a sophisticated and elegant vehicle with creative responses to the issues of the time. The CX made its mark with advances in technology and quickly established a reputation for exceptional comfort, advanced ergonomics and impeccable road holding, claiming the ‘Car of the Year’ award, ‘Safety Prize’ and ‘Award Auto Style’ in its first year on sale. Over the course of its rather astounding 17-year lifecycle, the CX would also establish itself as a huge success, selling more than 1.2 million units globally up to 1991. 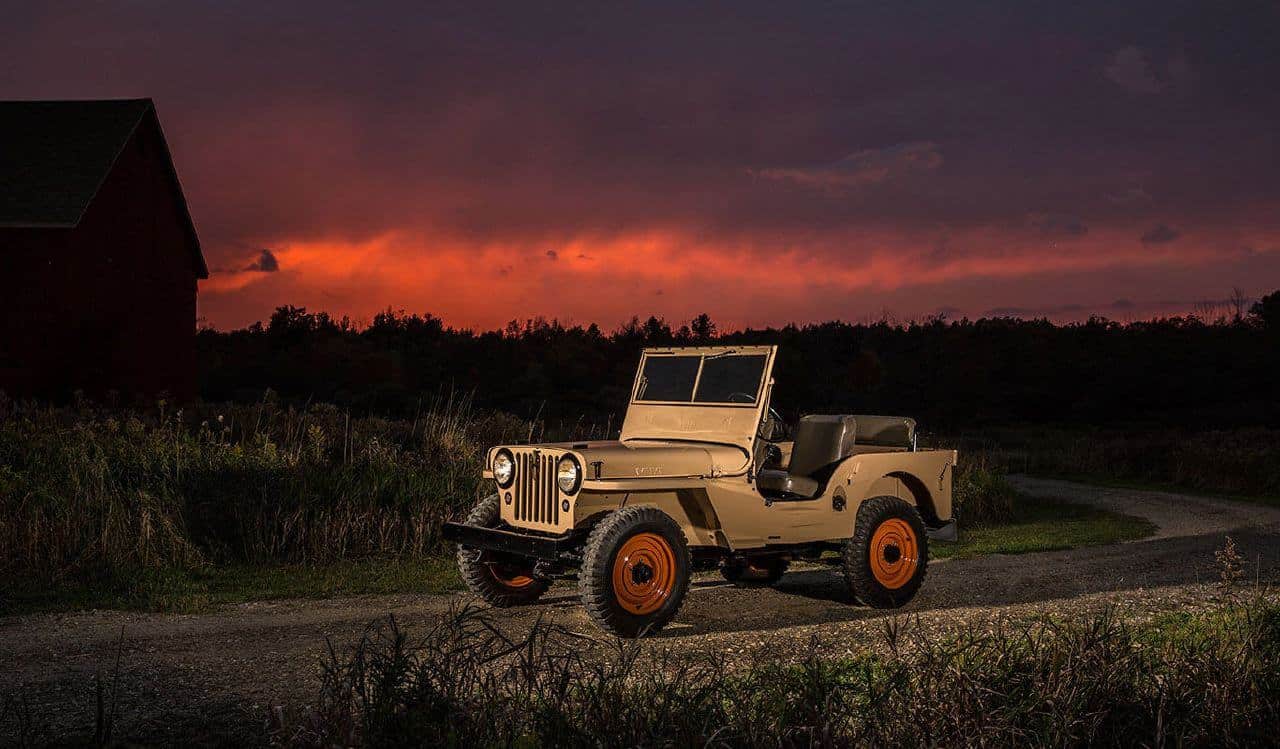 Jeep Design – the Pillars of Form and Functionality