The pandemic has shone a light on HABOs – latent cyclists currently unseen by the bicycle industry. Parallel learning from the automotive sector’s SUV is a key way to see how they might be reached. Sam Livingstone examines

The bicycle is the biggest transport winner of the year-long social distanced, COVID-19 period the world has experienced to-date. While car usage and sales sharply declined in most territories, aircraft have been grounded, trains remain on reduced service, and buses continue to run at a fraction of capacity, bicycle usage and sales were up. Behind this growth was a new type of COVID-cyclist, and in particular, a profile of bicycle customer that has been overlooked for decades: the Had A Bike Once’s (HABOs).

The HABOs that bought a bicycle during newly socially-distance times represent only the tip of the iceberg. With so few bicycle designs meeting their needs, and with even less clear paths for these customers to confidently navigate their way to the right bike, there are millions of these latent HABO cyclists that remain overlooked by the bicycle industry.

Bicycles have always taken people from A all the way to B without a car park or a station to walk the last mile from. In today’s socially-distanced times, this benefit has been joined by the way cycling avoids the now undesirable crush of public transport or pavements, as well as helping people stay fit while gyms have been closed. Many who have not ridden a bicycle for a long time have suddenly realized these benefits, as well as enjoying using them on less busy roads, and valuing some of the central qualities of riding a bike — cycling is inherently a more engaging experience than any other mode of transport.

Today we have a scenario where many people cycling would have previously driven a car or caught a bus or tram or train, and these COVID-cyclists are an important new category of customer for the bicycle industry.

While many COVID-cyclists will have had a bicycle for years and used them occasionally, a significant number are on a bike for the first time in a long time. These HABOs are the people who had a bike when they were children and young adults but hadn’t actually ridden a bike for several years. Typically they might have left their bike behind when they left home as young adults and moved to smaller more urban accommodation with little space for a bike, and where public transport was easy and cycling less appealing. And then maybe they bought a car — even if they had space for a bicycle, they no longer had much need, or time, to use one.

Some HABOs have just bought their first bike in ages, but many more would have done so over the last 12 months if there was both the right bike for them and a clear way to navigate to it. Today’s HABOs mostly represent a huge body of potential cyclists who still do not have bikes, and who are quite different to existing cyclists — and markedly different from those that defined the last boost that the bicycle sector experienced.

In a study conducted by US bike brand Trek, an overwhelming majority of Americans surveyed (90%) used their bikes to travel within five miles during the pandemic, replacing public transport systems as cycling is perceived to be the safer alternative. In addition, many survey responders cited mental health, stress relief and physical exercise as benefits of cycling.

Off the back of higher-profile cycle racing, a wider context of health and fitness awareness, and growing economies that meant that many people had the disposable income to buy a bike for leisure, there has been a large growth in lightweight, race-like road bike sales over the last decade.

The archetypal Middle-Aged-Men-In-Lycra (MAMIL) can now be seen in cities and the countryside all around the world pumping along the road, often in pelotons, cycling from A-to-A. This recent breed of A-to-A sports-cyclist rides a bike for leisure, and more specifically for sporting leisure — as a hobby, to keep fit, to be part of a club, and as a conscious part of their lifestyle.

Mountain bikers have also grown in number, as have those ‘gravel-bikers’ (between the off- and on-road bikers) – there is a fulsome spectrum of enthusiast, leisure bike riders with bicycle designs to meet their needs as they cycle from A-to-A.

At the other end of the bicycle customer spectrum are the pragmatic weekday cyclists who have most always had a bike, and use them at least every month — often more frequently — as pragmatic transport to literally get them from A-to-B. This profile of cyclist views cycling more as a natural extension of walking, as a fundamental means of transport, as part of their everyday life, and will typically own cheaper, simpler bicycles than the A-to-A sports-leisure cyclist (and, clearly, many people are both profiles of cyclist with more than one bike).

These two customer profiles define the bookends of bicycle design — the A-to-A sports-leisure weekend cyclist with their expensive lightweight complex bike, and the A-to-B pragmatist weekday cyclist with their cheap, utilitarian, simple bike. But they share one core thing that makes them distinct, and that has been overlooked by the bicycle industry.

These cyclists have a level of cycling proficiency and bicycle familiarity that makes them comfortable with balancing on two wheels, knowing which gear to be in, navigating roads shared with other vehicles, starting and stopping at junctions, handling their bikes at the beginning and end of the journey, and being aware of their bike’s general working condition.

The cycling industry now offers a great range of high-performance road bikes that seamlessly extends through road to gravel to mountain bike (actually, we see a bit of gap there, but that’s another story), and in another direction to touring bikes. With commuting bikes, more classical designs and e-bikes too, it’s easy to suppose that every niche of bike design has been covered and every bike customer satisfied. But they are all designed for – and presented to – an audience already converted to cycling. Arguably, since the recent major boom in sports-leisure bike design, they are increasingly speaking to the cycling enthusiast — the anthesis of the HABOs.

Some of the core issues of today’s bicycle customer proposition include apparently huge choice with ambiguous distinctions between designs (and little curation of the distinct purpose of each design); prominent use of impenetrable jargon and technical specification – that then apparently accounts for large price differences between model versions; rare opportunity for specifying different design details or color choice.

There is a lot of value in companies that are run by enthusiasts, but it looks like many bicycle companies have this to a myopic level to the detriment of their bottom line.

So what do these new COVID cyclists, these HABOs, need? Well, essentially they need bikes that have some quite specific characteristics that (without wishing to give away too much) broadly parallel what the SUV (or ‘Crossover’ in the US) offers in the car world: a car type that offers a clear emotive appeal of a leisure lifestyle and associated status; a level of easily accessible added-value driving experience; and greater utility and ease of use than comparably-sized cars. That SUVs also arrived in the market at a time when many customers could afford to pay more and came from nowhere to dominate the car landscape over the last two decades, might be context bicycle companies also note.

The majority of work CDR does is for the automotive OEM brands, informing their future decision-making around product, brand and design, and helping them architect and realize future visions in these areas. But we have taken our expertise in this realm of the world’s most sophisticated consumer product into boats, personal mobility products, and other sectors from time to time. As a few of us are keen cyclists (and a few are HABOs…), this year has grown our appetite to engage in bicycle product and design strategy, and the way that bike brands set out their wider proposition.

Seeing this clear opportunity with the COVID cyclist — and HABOs in particular — for bicycle design to both broaden the reach of bikes to people and the value it brings to them, and to aid commercial success as it does so, make us even keener to see something happen here. 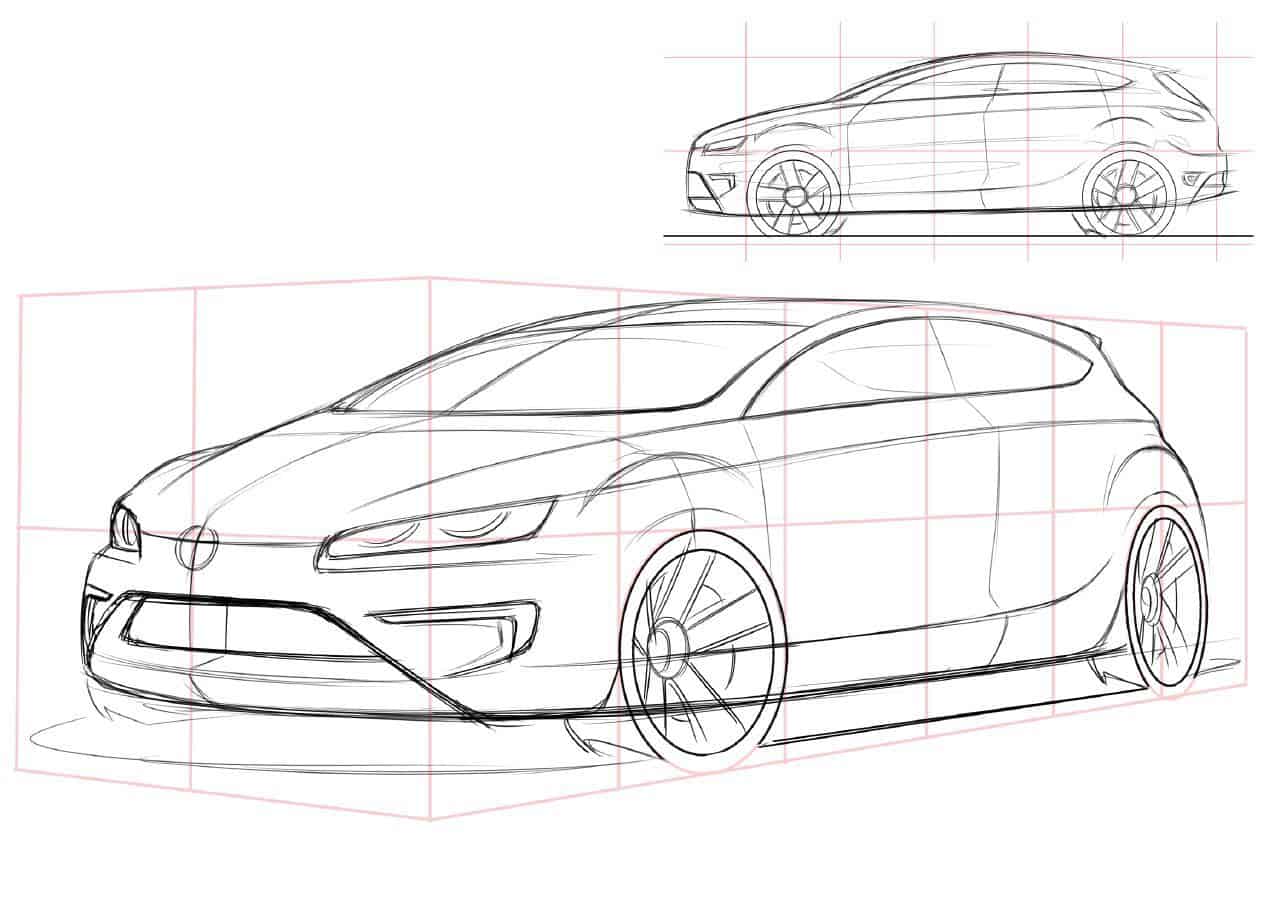