Fiat chose the 2019 Geneva motor show to showcase a fantastic little concept car that celebrates the company’s 120th anniversary. Called the Centoventi (120 in Italian – apologies for butchering the pronunciation in the video above), the car is full of innovative ideas, all relevant in the current age of mobility. We speak with Klaus Busse, FCA Europe head of design, to get some insight, which you can watch in the video above.

The Fiat Centoventi concept was the culmination of ideas that germinated from the moment Busse joined Fiat’s Centro Stile three years ago, and it’s interesting on myriad fronts.

Designers played on the company’s heritage to devise credible solutions, to the exterior as well as the interior. Think of all of the current issues in the car industry right now and the concept has addressed it. Electric vehicle range anxiety? Check. Personalization? Check. Modularity? Check. Car sharing? Check. The Fiat team examined all the trends and threw everything at this concept.

Let’s start with the outside. The exterior design not only recalls the aesthetic treatment of the iconic Giugiaro-designed Fiat Panda – such as the grooved plastic elements and slotted grille – but reinterprets them for contemporary times.

Unlike the original Panda, there are only four grille ‘slots’ in the front. Each represents a battery pack. The lighting level of each varies depending on the charge level of the battery, so users can see it before even sitting inside.

The grooves are now extended to the front and rear ends of the car and made of rubber to prevent scuffs and damage while parking. There’s a whiff of Citroen’s C-Cactus Airbumps about the treatment, but it is well integrated, resolved and functional.

The clean surfaces, meanwhile, can be easily wrapped, making it easy for users to change the look of the car as often as they wish and relatively cheaply. And at the rear, the configurable screen can display any number of messages, including advertisements while stationary.

Even the roof features an array of add-on accessories tailored to suit taste and needs. An electric sunroof, solar panel, roof rack or box can be fitted.

While the exterior design has many interesting features, the interior is the strongest part of the Centoventi concept. From the reconfigurable IP and proprietary mounting system to the modular and durable seats, the concept proposes solutions to avoid buyer’s remorse and tells a story of sustainability as well.

The IP pays homage to the simple, original (and ingenious) layout of the original Panda, though devoid of the lower passenger side shelf. Instead, there are a series of attachments available allowing for users to hang things off of it. This system also extends into the door panels. Individual users can also choose to 3D print their own elements, as long as they’re compatible with the proprietary docking system.

The modular aspect of the dashboard is reminiscent of that in the Opel Junior, Chris Bangle and Gert Hildebrandt’s fantastic concept from 1983, though thoroughly modern and developed in partnership with Beats and other partners.

The main screen is available both in a standard size with an sliding side dock for pairing mobile phones and tablets, and a larger, more premium fully inclusive double 12-inch version. The extendable arm that accompanies the standard screen size can also wirelessly charge mobile devices.

The upper section of the front seats is manufactured from 3D knit fabric, making them faster and cheaper to produce, and the squab is covered in the same material found on Croc shoes, available in assorted colors. This section can also be ordered with varying density foam to appeal to individual taste.

The Fiat Centoventi concept is a designer’s car if there ever was one. But while some cars that appeal to designers for their thoughtfulness in finding solutions that address issues, many haven’t found success in the marketplace. The Fiat Multipla is just one such example. There are many others…

Fiat’s design team has seemingly thought of everything in this concept, and it’s fittingly deserving of a 120-year anniversary celebration of democratic mobility. The modularity aspects are simply brilliant. We certainly hope some of these wonderful ideas will make it into the next generation Panda. 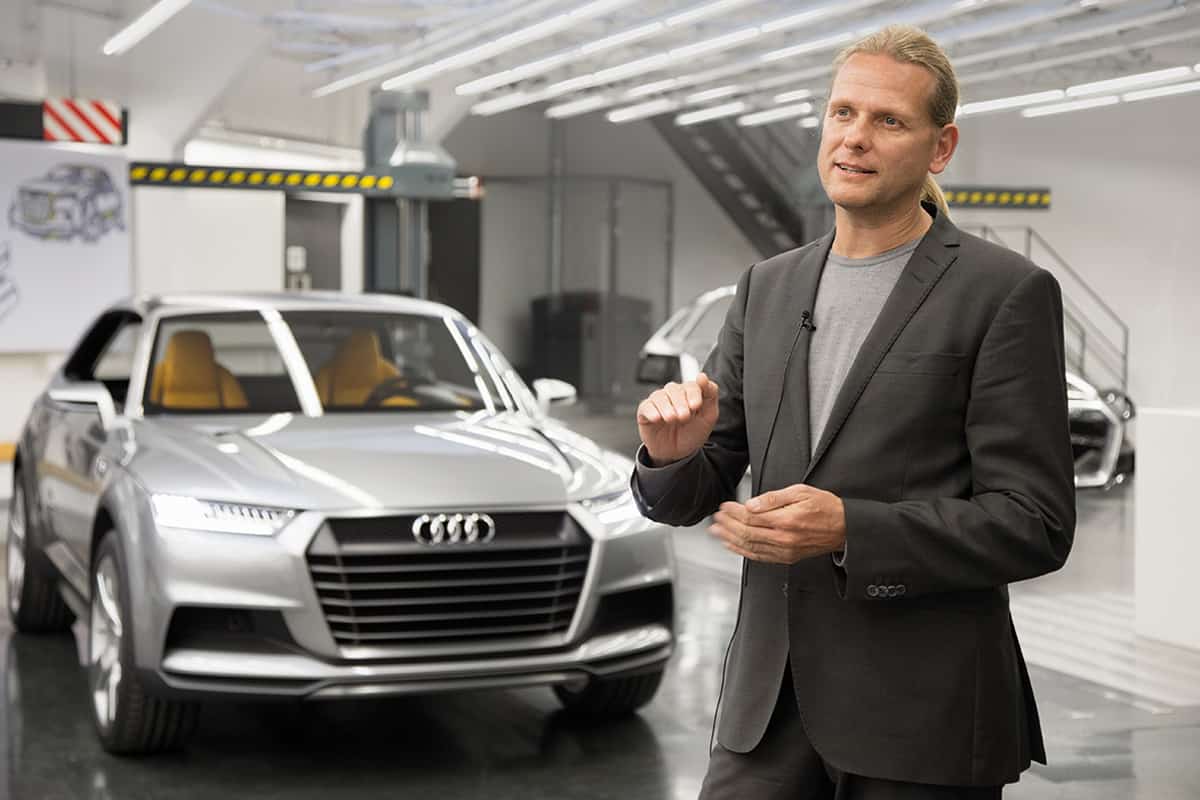