Honda makes a lot of things: cars, motorcycles, ATVs, lawn mowers, snowblowers, boat engines, jet planes, robots… You get the idea. The company also manufactures damn near anything with the aim of improving future mobility, whether it be through the environment or, in this case, the senses. Which is why when the winner of its annual global design competition was announced we stood up and took notice.

Called the Honda Project 2&4, the concept is a four-wheeled open cockpit vehicle that blends aspects of a motorcycle with those of a car (hence the name). Because of its fully open design, the user is made to be ‘free’ behind the wheel whilst still retaining the roadholding and maneuverability afforded by four wheels.

Its design was inspired by the legendary 1965 Honda RA272 historic Grand Prix winning race car — the structure reveals the core frame and functional parts of the car, much as would be more customary for a bike. The compact single seater measures in at just over three meters in overall length (3040mm), 1820mm wide and stands just 995mm tall.

The concept is also devoid of a conventional cabin, features a ‘floating’ seat design – that uniquely suspends the driver just above the road to impart a riding sensation akin to riding on a motorbike — and provides a driving experience that is said to be “immersive”. We don’t doubt that at all. The whole thing weighs in at just 405 kg (893 pounds).

The Project 2&4 concept is powered by Honda’s MotoGP RC213V competition motorcycle engine, which has been modified to run on public roads. It’s a 999cc four-stroke unit arranged in V formation and – here’s the kicker – revs to 14,000 rpm! Honda says peak horsepower is achieved at 13,000 rpm, with the engine generating over 212 horsepower while peak torque of over 87 lb-ft is delivered at 10,500 rpm. Shifting power to the rear wheels comes courtesy of a six-speed DCT gearbox.

Over 80 designers and creators participated in the in-house ‘Global Design Project’ competition as part of Honda’s initiative to inspire creativity. The objective of the annual contest between Honda design studios is to challenge team and project members to share one goal and achieve high targets, which is exactly what the team has done.

The winning design, conceived by Honda’s motorcycle design studio in Asaka and designed in collaboration with the automobile design studio in Wako, not only showcases the creativity flowing through Honda’s design studios, but also challenges expectations of the future of mobility.

The Honda Project 2&4 concept will make its debut at the Frankfurt motor show next week. 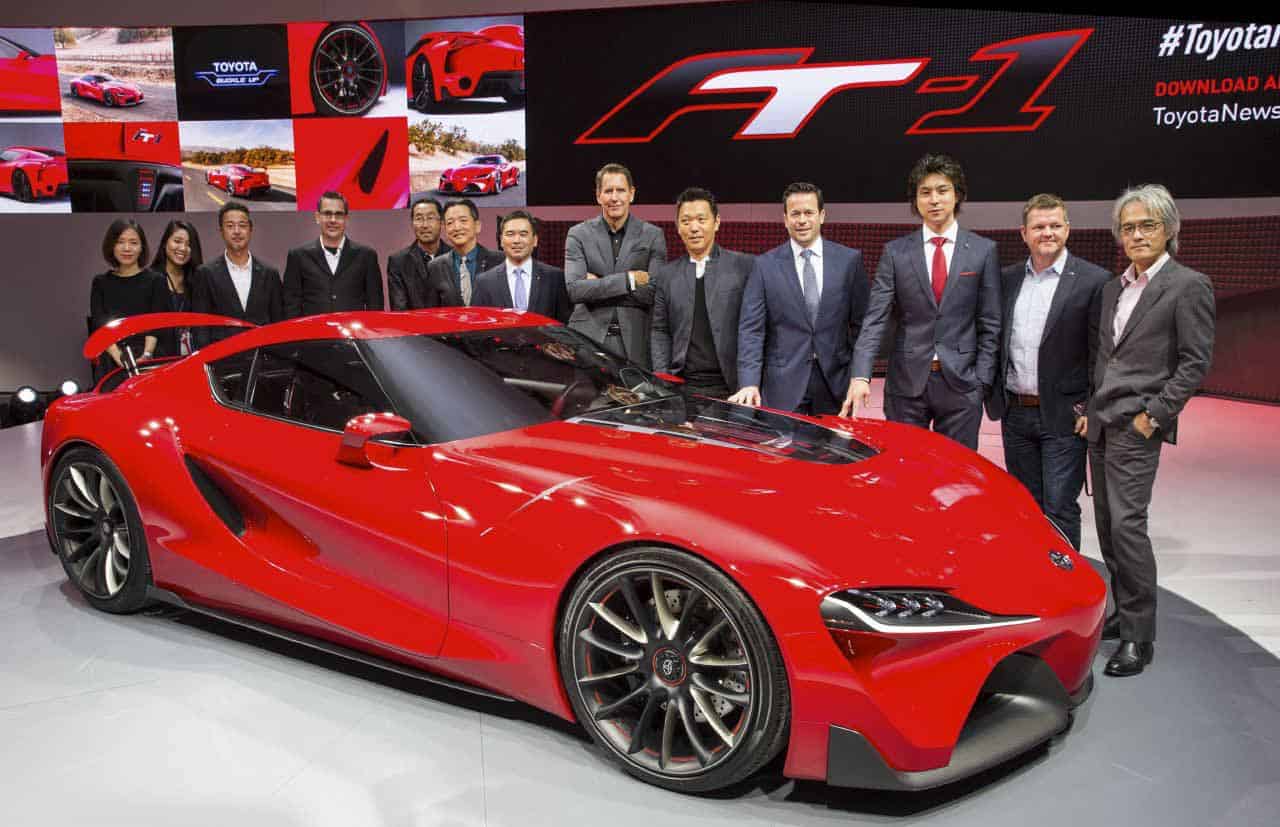 Meet the Designers Behind the Toyota FT-1 Concept Creation