Inside W Motors, Creators of the Lykan Hypersport

W Motors is not your typical new car company, and the Lykan Hypersport is not just another car.

Hailed as the first Arab carmaker, the company is the brainchild of car designer turned entrepreneur, Ralph Debbas, a Coventry School of Art and Design graduate. Having established Wolf Design and Innovation (WDI) — a consultancy that developed series of design projects that included boats, interior design, products, furniture, architecture, graphic design and web design — he has always been steadfast in his ambition to create its super-exclusive, luxurious, high-performance car.

That dream became a reality following chance meetings with Magna Steyr and, separately, RUF Automobile at the 2007 Geneva motor show. The company was officially formed in 2012 and its first model — the Lykan Hypersport — made its debut at the 2013 Qatar motor show earlier this year.

We met up with Ralph Debbas to find out a little bit more about W Motors, the Lykan Hypersport, and the company’s plans for the future.

What can you tell us about the design?

“This car was designed by me, Anthony Jannarelly, and Benoit Fraylon. We wanted to go back to something emotional, to the racing cars of the 1940s, 50s and 60s. It’s a mid-rear engine with doors that open in a very unique way. Every part of it opens like the racing cars of those days. Front to the front, back to the back and the doors are power actuated, opening out and up.

“It’s inspired by the wolf — the eyes of a wolf that’s ready to pounce. It wasn’t done on purpose but it had a feline look to it. We wanted to create a body inside a body and this was a really big challenge for the manufacturers — it’s not easy to create such simple but complicated shapes.

“I finished the design of the first concept for W Motors – it was very basic. It was actually a three-seater: one in the front and two in the back like the McLaren F1.”

“And the interior is quite special. It’s something that’s never been seen before, from the gold and platinum dials to the integration of gold and platinum with Alcantara and carbon fiber. It’s a beautiful interior and everything is very unique. The holograms will be integrated into the dash and the dials, the speedometer. Holograms are going to be a big part of the interior.

“Everything is designed. It’s not a tuner car; every element has been designed from scratch. RUF is building the chassis and the engine and helping with everything that has to do with engineering, powertrain and they send it all to Torino. Magna is building the bodywork, the interior, assembling the car, testing it and its aerodynamic efficiency. The holograms are coming from California, but will be sent to Torino for final assembly. Once the car is finished it will be sent to our showroom in Dubai.”

Was the design created and tested virtually?

“Today the virtual is even more accurate than the real. This is something I learned. They can even test each molecule coming out of the air conditioning to see how the airflow is; it’s incredible. No one actually tests real cars anymore, such exotic cars. Pagani didn’t until he had to for US homologation. Zenvo didn’t do it. Everything is virtual, and it’s incredible what you can have: aerodynamics, crash tests, safety — everything is done virtually.

“To go into the automotive industry today is nearly impossible, especially with something new. It’s normal to see all the critiques – positive and negative – of W Motors today. To go into an industry like that you have to do something completely different: either go with cheap, mass production cars, or go with a very expensive high-end niche.

“We decided to launch W Motors as the first Arab brand and give it a high-end luxury look. To do that we needed to differentiate. We asked: ‘What can we do to make W Motors stand out, to be so unique and special?’ We decided to make the most expensive car in the world.

The car is powered by a twin-turbo flat 6 developed by RUF Automobile to produce 750hp. Sound good? Here’s the kicker: 0-62mph in 2.8 seconds and a top speed of 240mph.

“If we launch a car at $100,000 no one would buy it because it’s new, it’s not known – even though we have Magna Steyr, RUF Automobile and other partners which give us a lot of credibility in the field – for $100,000 you go buy a Porsche, not a W. The same is true for $500,000 – people would buy a Lamborghini or a Ferrari. If you go over the $1m mark people go buy a Pagani or a Koenigsegg. For $2m people automatically go for the Bugatti.

“So we figured let’s go above $3m. There isn’t a single production car in the world that’s above $3m, so automatically we don’t have any competition at all, from a price perspective.”

What makes it so expensive?

“The reason we chose $3.4 is not because we just chose a number, it actually costs a lot to make, so it cost a lot to buy. So we thought: ‘How can we make it stand out to reflect its price?’ We had to offer something special. Initially performance wasn’t part of our plans – we wanted to make the most expensive, unique and luxurious car in the world. Technology was also something very important, which came into luxury, but performance wasn’t initially part of the deal.

“We started working on luxury, so we have the diamond encrusted LED lights in the front, you can choose from a list of different precious stones and gems. So the clients can choose to have diamonds, sapphires, emeralds, this will be just a small signature. It’s not done in a grotesque or vulgar way, just very slightly inside the LED lights, which people may notice or not, but the cars can be differentiated in that way.

“The doors, which open in a unique way, showcase a single precious stone on the sill with the signature beneath. Luxury is also special paint, which the owner can specify with crystal fragments to give it just a slight glow when the sun hits it.

“We replaced all the plastic and aluminum with gold and platinum inside the vehicle: plastic buttons are made of gold, the radio buttons are made of platinum. An onlooker may not notice these details, but the owner knows that the car is special and that every inch of the vehicle was specifically tailored to his tastes. So this is just a small detail of luxury.

“All of the components that you can see are bespoke and have been designed in house. We have existing components that are being sourced from suppliers like the ECU and air conditioning system, things that people use in the industry because its easier to fix, but everything you see from outside of the skin has been completely designed by W for W.” 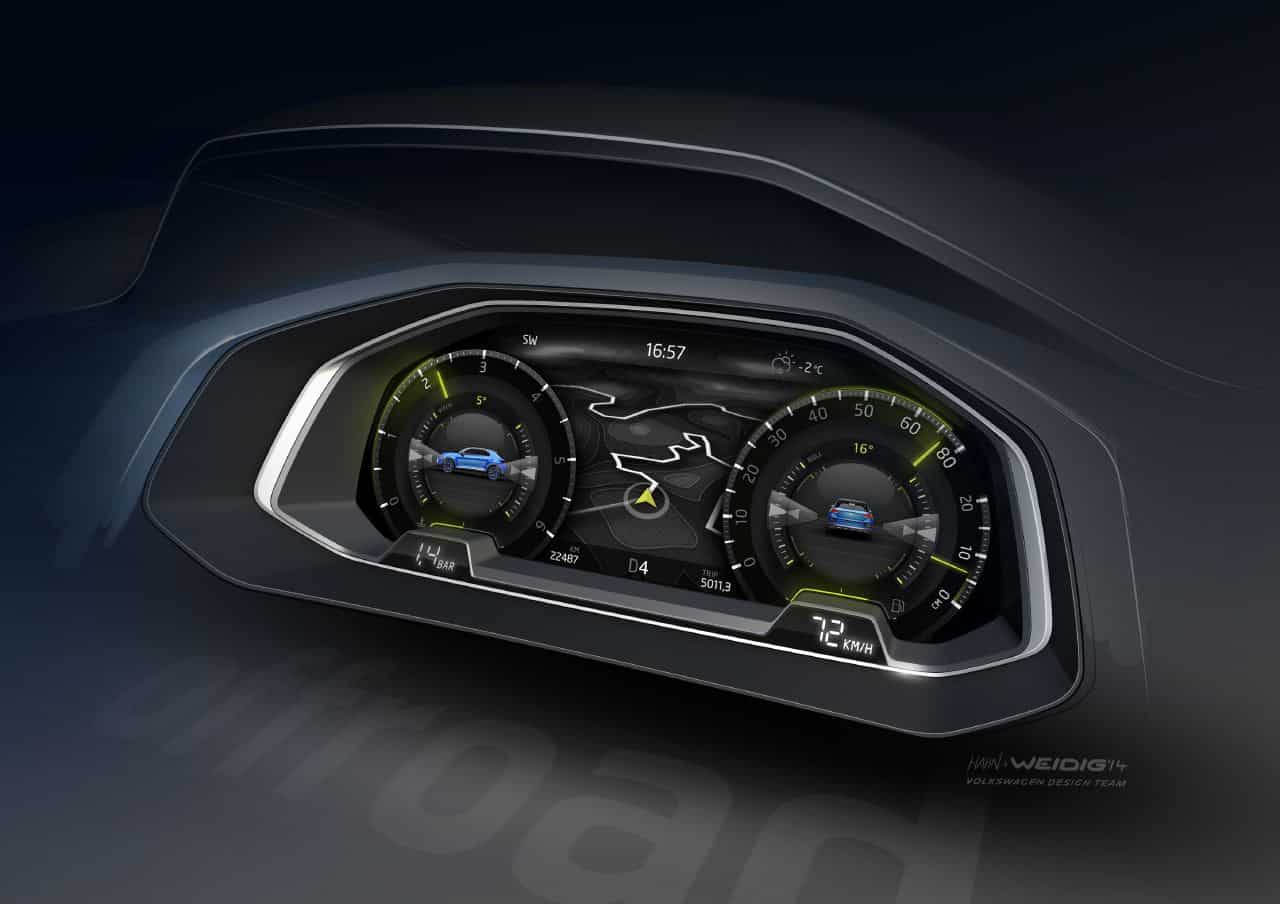