The XE has long been in the pipeline. A compact car is essential for Jaguar to compete in the premium market currently under the domination of the German big three: Audi, BMW and Mercedes-Benz.

The main concern was to design a smaller Jaguar without sacrificing elegance and the promise of power – both focal to the marque’s form language. The lightweight aluminum-bodied XE has its very own architecture freeing the design studio to work with creating the proportions from scratch.

“Knowing that it was going to be a compact vehicle, we were able to consider what would make this exciting in a scale of its own,” explains production studio director Wayne Burgess.

The cabin is positioned to the extreme rear for a short tail, and the hood is elongated to emphasize power. Burgess points to the profile of the car sitting on the Jaguar pavilion at the Paris motor show: “It gives the car a lot of drama and movement.” As he talks, I am reminded of the F-Type Coupé profile rather than say the Audi A4 with which it shall compete.

“It feels like the car is in tension,” says Burgess. “When you look at the side window graphic it almost looks like a drawn bow strong; it feels like it’s been pulled back ready to release giving the car a lot of movement and drama.”

He emphasises that the new architecture forced his team to figure out how the car would be proportioned from the ground to the roof therefore allowing for this low and sporty feel without sacrificing headroom in the front.

The design studio started off with four themes based on the same basic architecture. The winning design connected with the F-Type Coupé.

“The two key design lines, the crease line that runs through the front bumper over the fender and washes out on the door and the second one that starts over the rear wheel and defines the haunch, are a nod to the F-Type,” Burgess explains.

“This is our halo car, our poster child, and to give that bit of exotic reference to our sports car in this segment gives the car a bit of a special feel.”

It was crucial for the XE to continue the vernacular established by Jaguar’s recent cars with a level of consistency and brand recognition. Therefore many of the graphic elements here have migrated across including the distinctive grille design, the F-Type LED blade signature intersecting the headlamp, here on a unique XE lamp shape.

Inside, the driver is positioned low; the high console cocoons you in the cockpit. The instrument panel has touch screens and all the practical considerations for a car in this segment and the steering wheel and stick gear are strongly linked to the F-Type.

“We also wanted to present some jewellery,” Burgess adds, “So we have these big satin chrome air vents that together with the twin needle stitch wrapped IP top give you some strong Jaguar crafted cues the minute you open the door.”

Jaguar is launching the XE with this five-door model, but Burgess doesn’t rule out a three-door sibling. He explains that the car would typically be purchased by couples with perhaps children who are sensible about their purchase, “so to give them a car that meets their needs from a package point-of-view but looks like a coupé gives us a real point of difference. We wanted it to be exotic and be different to the competition.” 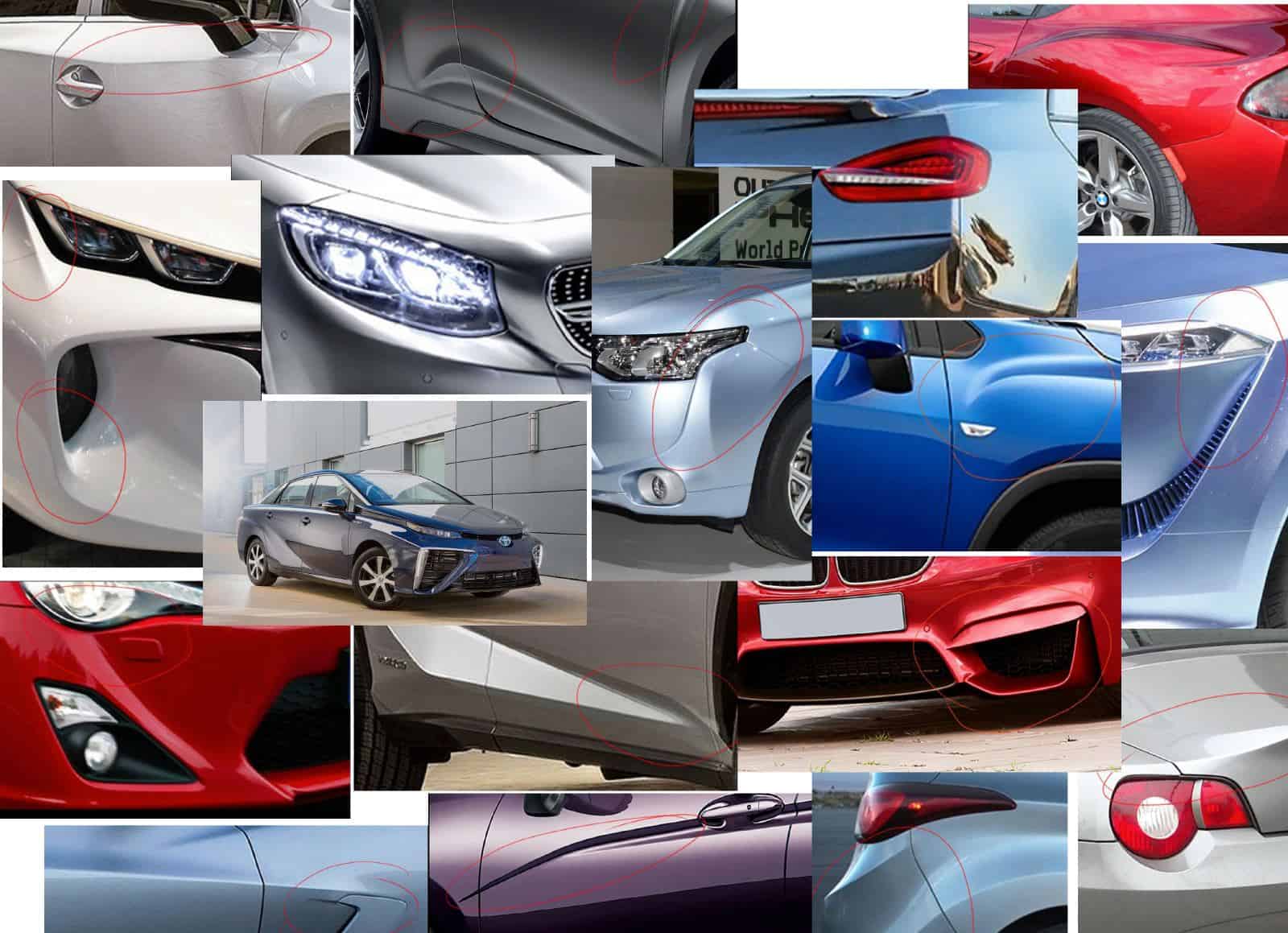