Nissan Designers on the 2016 Bladeglider Prototype

Nissan first showed the Bladeglider concept at the 2013 Tokyo motor show. The triangular shaped three-seater — designed by Randy Rodriguez at NDA in California — was a huge success, but legal issues arose between Nissan and the DeltaWing consortium so the idea was put on ice.

While the intellectual property issue was being battled, Nissan continued to work on the innovative concept and, finally, the company unveiled two running prototype models at the Olympic games in Rio de Janiero.

The process of getting the Bladeglider production feasible was not without challenges. The team of designers that worked on the project had to contend with very technical and challenging aerodynamic optimization, construction and engineering requirements.

Now that it’s finally here, we can take a closer look at the production-ready design, which was initially inspired by the Ben Bowlby-designed DeltaWing Le Mans race car. With Nissan no longer involved in the DeltaWing project, the electric powertrain is now sourced from Williams Advanced Engineering.

As expected, the two 130 kW electric motors — powered by a five module lithium-ion 220 kW battery — send a combined 268bhp and 521lb-ft. of torque to the rear wheels. For a car that weighs in at 1300kg, those figures should make for good performance potential, though admittedly sans noise.

The prototype retains the concept car’s narrow front and wide rear track as well as its three-seat layout, open-top cockpit and wraparound windshield, which provides a clear view of the road ahead.

One of the major differences is the front-end design, which does away with conventional lamp placement in favor of a lighting strip contouring the base of the ‘grille’. This is a brilliant coup ensuring an unmistakably unique DRG. The car’s two tone colorway also provides a modern aesthetic in line with its technical attributes.

The rear end design is also vastly different, looking more conventional than the concept’s squat look and incorporating lamps reminiscent of the brilliant 2013 IDx concept, also shown in Tokyo that year. The floating/layered elements within the bumper and the rollover bars are particularly successful. This is carried over from the front fender and the bodywork in profile.

Other changes include the hinge location of the dihedral doors, which are now secured at the rear to ease ingress and egress to the cabin. The Bladeglider’s second coming is also a bit larger than its concept precursor — at 4300mm long, 1850mm wide and 1300mm tall — though its 2800mm wheelbase is identical.

The interior has been entirely reworked as well. The minimalistic racecar-inspired design features buttons and toggle switches that wouldn’t be out of place on a track. Steering wheel-mounted controls and an HMI consisting of two screens (one inside the wheel) display speed, battery charge, regeneration mode and torque map, while two additional screens on either side show images from the rear-view cameras.

Though the seats on the 2013 Bladeglider concept moved out towards the door (and the steering wheel retracted) to welcome occupants, the 2016 version doesn’t have fancy party tricks. The seats do, however, maximize grip, thanks to a blend of fabric and epoxy resin coating on the cushions.

Nissan designers also played around with colorways — the seats are available in two color trims, Cyber Green and Stealth Orange, which features on the upper portions of the seat back. The color is framed with a silver reflective material. The base of the seats is in black, patterned material, with a band of green and orange trim framing the cushion.

There’s no word yet on when the Bladeglider will be available through Nissan’s retail network. Judging by the concept’s reception in 2013 and the increase in demand for electric vehicles that are fun to drive as well as environmentally efficient, Nissan should make this happen as soon as possible. It would definitely help to cement the company’s claim to selling the most electric vehicles in the world. 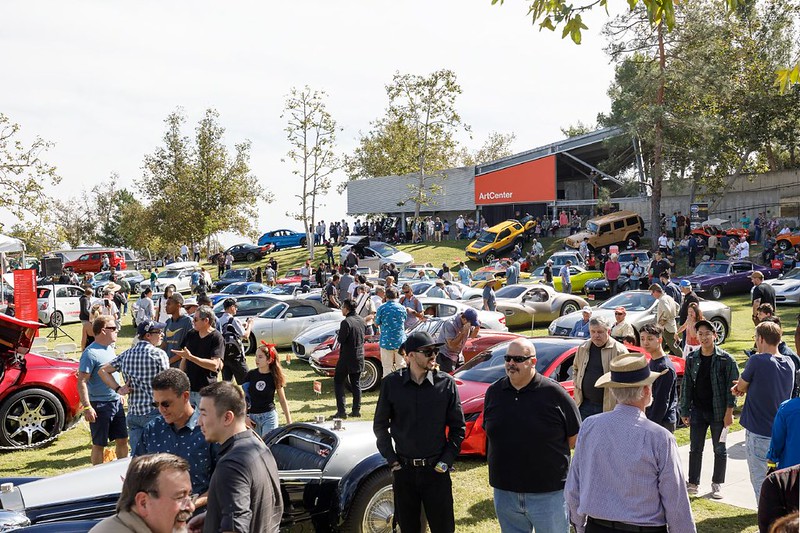