The Distinction Between Designers and Stylists

I recently found myself in the situation of needing to clarify the word ‘designer’. I was credited as being the designer of a certain car for a major automotive company. An engineer with that company felt that he was the designer and I was the ‘stylist’.

There is no clear distinction between the two titles and after many years in the design business it really does not bother me. However it did get me thinking.

There seems to be kind of hierarchy in the arts that puts fine art painting at the top of a pyramid with sculpture just a little below, then probably illustration and architecture. Graphic design and product design are another level down with automotive design or ‘styling’ a level below those two disciplines.

Some commentators suggest that for a particularly important piece of car design the result is ‘art’; such as the Pininfarina designed Cisitalia, on show at the Museum of Modern Art in New York. What nonsense! Cars are cars and painting is painting. There is some strange idea that by calling car design ‘art’ somehow elevates it to a different level of creativity.

I see all the different disciplines of two and three-dimensional image and form making as being of equal validity, more like different trees along the edge of a road. Fine art painting tells you more about the subject or concept being explored than, for example, a realistic representation such as a smartphone snap. Similarly, a good piece of design tells you more about the purpose or functionality of the object than an instruction manual would. The car can be as informative as the painting.

Some of the best automotive and product design usually comes from a team effort, very rarely is a car — or a mobile phone — the result of just one person’s work. The integration of all the members of a product development team will either work very well, resulting in great designs, or it will work disastrously badly, in which case you will see a poor product.

In the automotive industry, there can be a situation where the ‘enemy’ is thought to be in another department in your company. People miss the point that the enemy is in Detroit, Turin, Wolfsburg or Billancourt, not in ‘Engineering’ or ‘Design’.

But here is the problem for Design, the temptation within a car company is often there to downgrade the work of their own designers by calling them ‘stylists’. This creates friction! At Bentley Motors it has always been a tradition to refer to the ‘Styling Department’ when talking about the creative group in Crewe, and its members as either designers or stylists, everyone seems happy with this.

Magazines do not seem to have a fixed opinion on the name of the profession, the Japanese journal calls itself ‘Car Styling’ and the once-influential Italian quarterly journal was ‘Style Auto’, (the style of cars). But more recently ‘Auto and Design’ avoids the word ‘style’ as does ‘Green Car Design’.

The application of style to an object is something that grew out of the Victorian practice of adding decoration to the basic forms of machinery, the wealth of the manufacturers and wide choices available to customers transformed what was an extravagance (decoration) into a sales tool (style).

Inside GM Design: How the Buick Avista Concept Was Designed

So does it matter whether we are talking about styling or design? Yes it does; styling is about applying style to a product. That is not a criticism just a description of a process and the early sketches that a designer produces are part of the search for a new form or form language, they are style research. At this point, it is not necessary to have a strict regard for the engineering or occupant package.

But the next stage is design, and here the designer needs to be aware of the constraints that come from fitting people in the car and also fitting wheels, a powertrain, fuel tank or energy storage and all the other elements that make a relevant product.

The examples of ‘styling sketches’ and ‘design sketches’ are both equally valid; they are just the early steps in a complex process. But I do think that putting too much time and effort into a preliminary styling sketch is time that could be better spent coming up with more ideas! 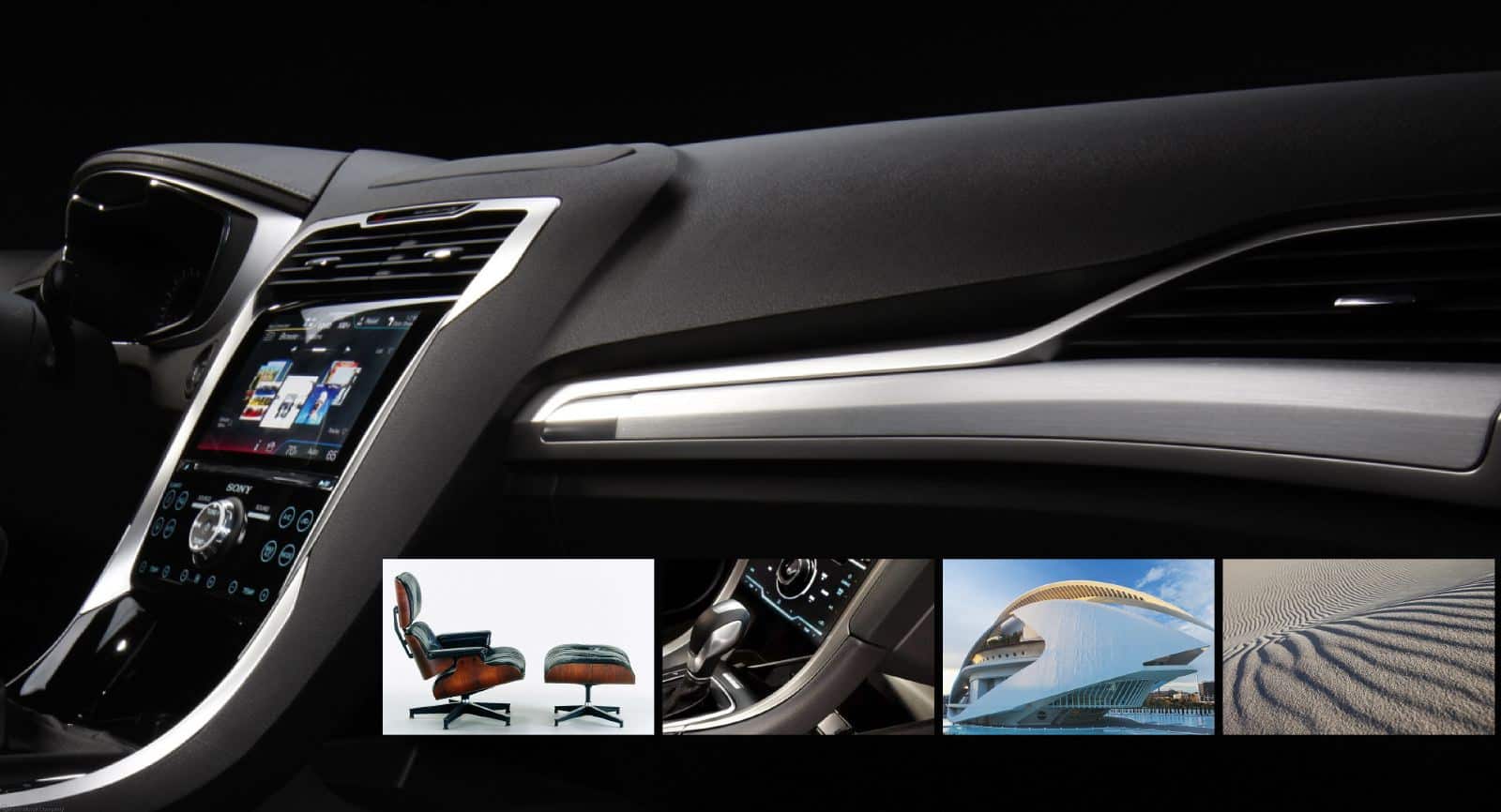