Volkswagen Designers Create Atlas to Take On US Market

The US market may not be the largest global market anymore (China holds the honor now) but that doesn’t make it less important. It’s still a lucrative market and one that’s hungry for larger cars, particularly SUVs. Which is why Volkswagen created the Atlas, a new seven-passenger SUV.

The designers behind its creation say the two-year process of crafting the boldest vehicle ever sold by the brand in the US was driven by a well-researched look at how Americans live with their vehicles today.

“I think we developed something that takes us apart from the breed,” says Head of Volkswagen Design Klaus Bischoff. “We looked deep into how Americans are living with their midsize SUVs, and we wanted to get the Atlas right.”

While the Atlas grew from the CrossBlue concept first displayed in 2013, it’s much larger and more substantial in appearance than the concept.

“Size does matter, especially for families,” says Bischoff. “The first designs we showed were literally too small, too compact, designed too much out of a European perspective. We had to get used to the vehicle size that’s more appropriate for America. The roads are wider, the cities are bigger, and we grew into that.”

The design managers therefore sought input from American members within the team to find out what compelled buyers to want a midsize SUV and designed a vehicle tailored to their needs. The exterior design is characteristically Volkswagen, though it displays a more robust quality than the brand’s other SUVs along the bodyside. The wheelarch emphasis lends the car a confident, planted look, which is carried over to its strong front and rear end treatment.

As interior designer Tomasz Bachorski says, the Volkswagen design philosophy of ‘simplicity and precision’ drove the team at every stage of the design, from the grille and standard LED headlights to the stitching in the seats. As one example, the designers integrated the LED DRLs into the grille with a generous amount of chrome and detail for a robust look.

“The facial expression of a car defines its character. We wanted to give the car a wide appearance, and an earnest look,” says Bischoff. “It should look substantial, without looking too aggressive.”

Exterior designer Oliver Stefani says the character lines that flow from the nose to the tail of the Atlas were drawn to highlight the precision of the car’s bodywork without creating an overly complicated surface, to prevent the design from aging too quickly.

“We have a few lines on the car, but every line has a purpose; there’s always the idea to guide the eye around the car,” says Stefani. “The car has to grow into time; it should not go out of fashion in two or three years. Whenever you look at a Volkswagen from the past, it’s still modern on the road.”

Bachorski adds that the same ethos mandated the interior design choices, from the clean switchgear to flowing, high-quality surfaces on the instrument panel. That perspective didn’t just apply to the hardware of the vehicle, but also the software interfaces, such as the available Volkswagen ‘digital cockpit’.

“Everything’s well balanced with no complicated corners and no clutter,” says Bachorski. “This was really important to us to make this really simple because our lives outside the car are complicated enough.”

The functionality of the seven-seat layout was paramount in the Atlas’ development, with third row seats that retain the same comfort levels as the second row seat, and an easy-access system to the third row that is usable even if car seats are installed in the second row.

Color and trim designer Johanna Hoch notes that the Atlas draws some of its inspiration from high-end furniture, to create a welcoming atmosphere that still meets the demands of a modern family.

“We are giving a soul to the car through the materials and the colors,” she says. “The first language is touch, and it’s very important to make small details, like paint or frames, very high quality.”

The Volkswagen Atlas is expected to hit US dealer showrooms in the latter half of next year and the company hasn’t ruled out bringing the car to other worldwide markets in the future. It might be a good contender for European customers looking for something larger than the Tiguan. 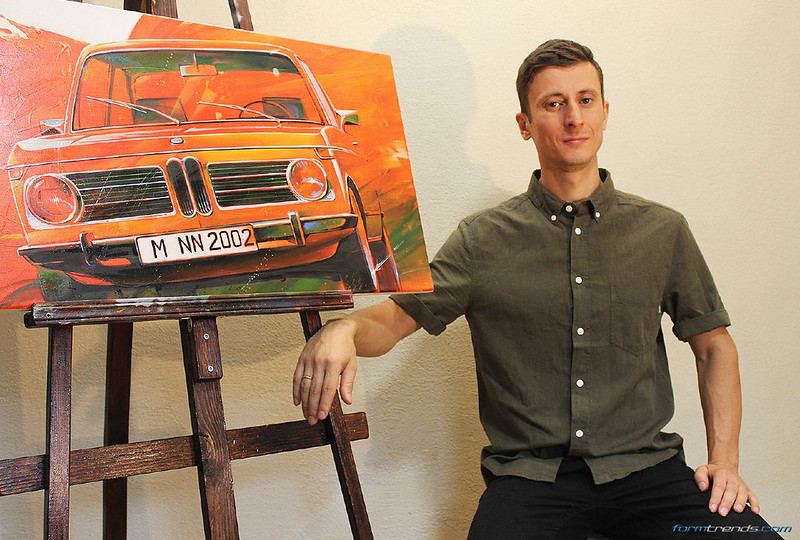