Despite Aston Martin’s historical achievements in the world of motorsports, the company has been through a number of financial hardships since it was founded by Lionel Martin and Robert Bamford in 1913. By the time the 1970s came around, the company had been through a series of bankruptcies, changed hands three times, and was in financial straights yet again.

Aston Martin changed hands a further two times between 1972 and 1975 before a successful turnaround plan took hold. In 1977 the company built the V8 Vantage, which was quickly followed by the Volante, Lagonda sedan, and a one-off prototype code-named DP K901 that would later become known as the Bulldog.

Designed by William Towns, father of the Lagonda sedan, the Bulldog was an ambitious project created at a time when Aston Martin was producing just three cars. But the prototype was Aston Martin’s answer to the wedge-shaped Lamborghini Countach and BMW M1 and intended to showcase the British brand’s superiority and engineering prowess.

The Bulldog was named after the Scottish Aviation Bulldog, an airplane flown by then-Chairman Alan Curtis. It looked like an airplane too, with its geometric forms, tapered bodyside, five headlamps concealed within the hood and power actuated gullwing doors that extended nearly one meter over the car’s extremely low 1092mm height.

The interior continued the aviation theme with state-of-the-art LED instrumentation, touch-type sensors and switches at the base of the center console. And with a 5.3-liter, 700bhp V8 mounted behind the two-passenger cabin, the Bulldog was claimed to achieve a 237mph top speed, though it never did so in testing (it topped out at 191 mph).

A small production run of between 12 and 25 examples was intended initially, but that came to a halt after the company went into receivership in 1981. Presumably, new Chairman Victor Gauntlett sought to center his efforts on the company’s more immediate issues and the Bulldog was deemed too costly. The one-off concept was sold to a Middle Eastern Prince in 1984 for a reported £130,000.

The Bulldog changed hands a few times after, and its exterior and interior colors were also changed along the way. By the time it reappeared in 2009, it was green instead of silver and its interior was a light tan rather than the original dark brown. It had also been fitted with door mirrors and rear view cameras

While Aston Martin vehicles produced during the David Brown era — from the 1950s through to the 1970s — remain some of the world’s most sought after sports cars, we’d bet the unique nature of the Bulldog prototype easily makes it one of the most valuable cars ever to wear the Aston badge. It remains the only mid-engined Aston Martin ever created. 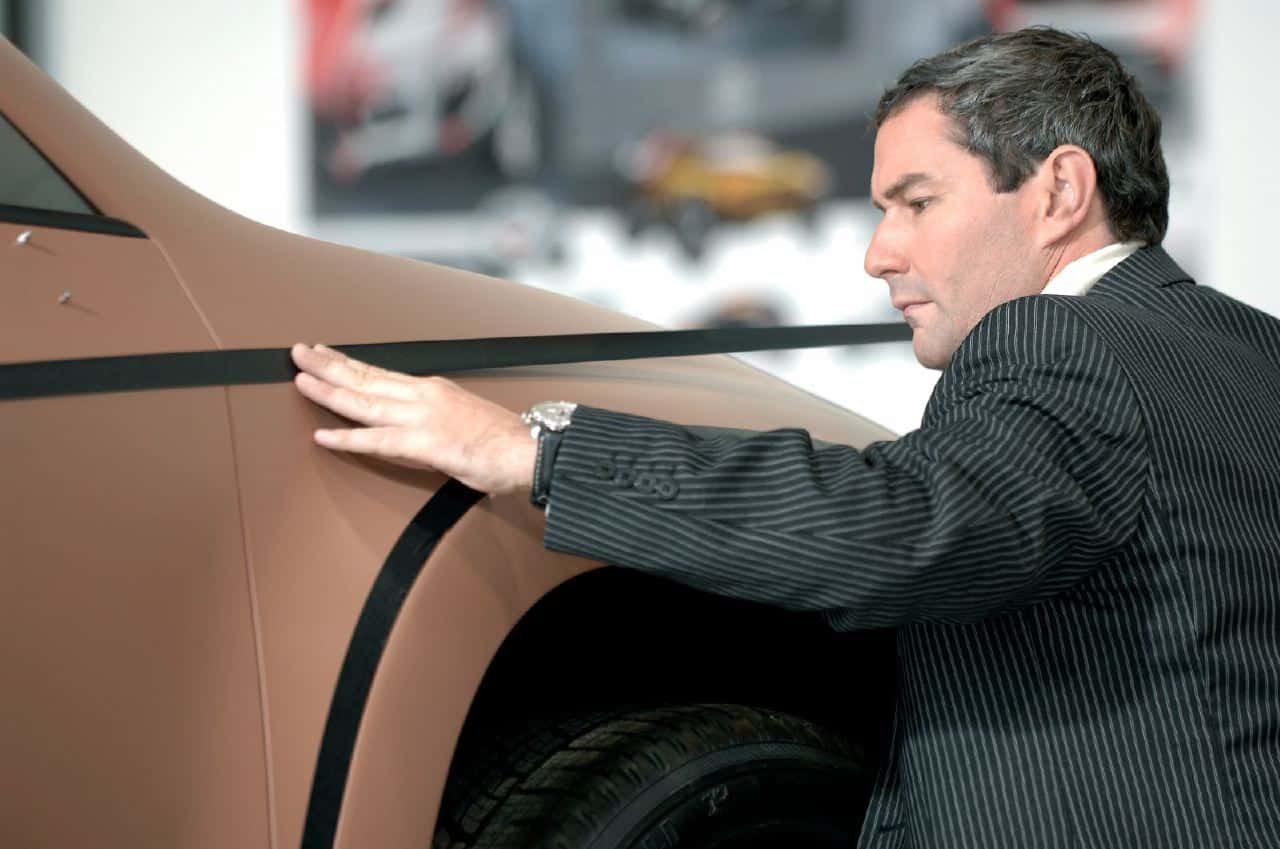