When Bentley was first founded it was a sports car maker, with vehicles of phenomenal (for the day) performance attributes. Its owners had a reputation for racing, running hill climbs or just going balls out across a country racing a train to its destination. Often times the cars won.

But Bentley’s sports car background hasn’t been the subject of conversation for the better part of a half-century (save for a Continental performance version). Instead, the British brand has focused on ultra-luxury vehicles found in the current lineup. Now the company is seriously considering revisiting the sports car territory — albeit in a distinctly Bentley way — and the Bentley EXP10 Speed6 concept was created as a proposal for the brand’s future.

“This is a two seat sports car, so the design had to be dramatic, emotional, passionate and have a great execution inside out,” says Bentley exterior and advanced design director Sangyup Lee. “A sports car is a passionate car, so I have a very simple logic: you need to fall in love with the car when you first look at it.”

Developed in just 18 months, the Bentley EXP10 Speed6 is, without question, beautiful. But it’s also a contemporary design statement that moves the brand’s design vocabulary forward into new territory whilst remaining true to Bentley’s design heritage.

“The program itself didn’t start as an official project,” says Lee. “It was, in a way, a skunkworks project. We put together a very special advanced team in Coventry studio, where the project happened. The guys studied so hard to see what we had and how to take it to the next level; to create a dream sports car for the brand.”

The exterior design is modern and fresh, showcasing a more contemporary take on existing design elements. Designers John Paul Gregory, Barney Vernon, Bora Kim and Xavier Dumontier used design keywords such as ‘provocative’, ‘precision’, ‘elegant’, and ‘masculine’ over the course of the project, devising a design that is as luxurious as it is athletic and powerful.

Bentley’s design DNA is evidenced in the new technological processes – such as 3D printed elements as well as through its airplane fuselage-inspired exterior and lamps, derived from a pattern found in a whiskey glass.

“At the beginning of the project we formed a very clear design vision, creating inspiration boards with images that would influence and steer the surface language and details of the car,” says lead exterior designer John Paul Gregory. “Designing a class of car that is new to Bentley meant we could be more progressive and provocative with the design language.”

The EXP10 Speed 6 sports car concept effectively moves Bentley design language to the next level, as was its intent. Its two-seat sports car typology proved to be the perfect platform on which to experiment with proportions and surface sculpture, which is likely to influence Bentley’s future road cars. And it’s still instantly recognizable as a Bentley. 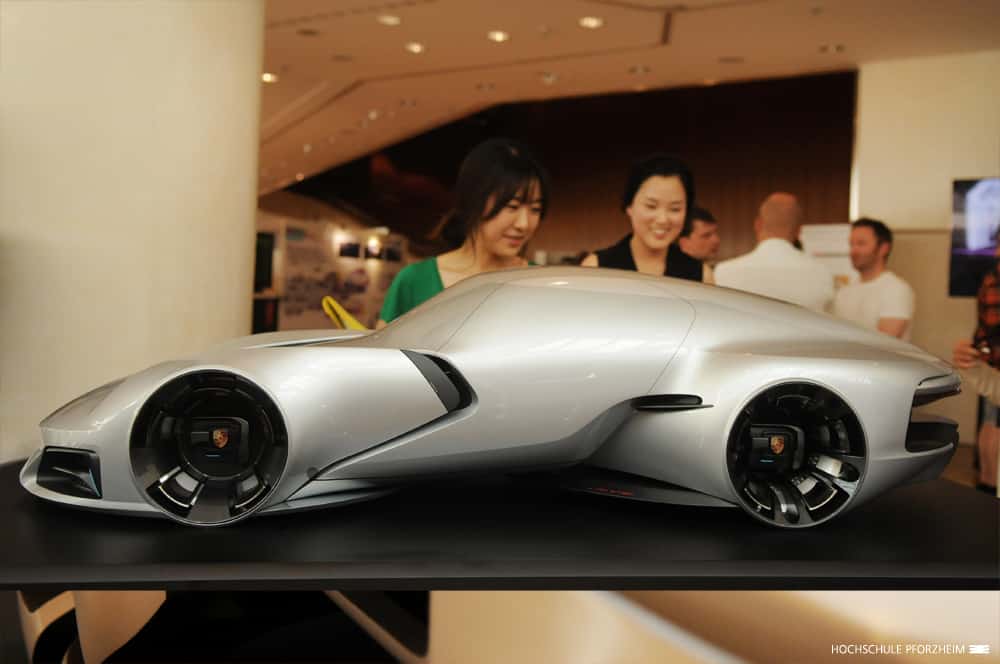