Repurposing the Pen: Why Automotive Design Needs an Intellectual Tradition

There are isolated examples of critically-engaged vehicle design, but these can only be critiqued on individual merit and not as part of a broader discourse. Robert Dooley asks how we might all contribute to a more reflective discipline.

Automobiles are one of, if not the, most technically advanced consumer products. Automotive designers are a distinct subset of the industrial design family, trained to create complex, highly resolved three-dimensional forms for volume manufacturing. Creating ‘the new thing’ is the source of the designer’s professional/economic value – and often their personal identity too. Automotive design has entwined global culture, politics and economics, yet something is missing: the discipline lacks an intellectual tradition. Commercial pressures have been allowed to dictate design education and this legacy makes it difficult for the automotive designer to engage with the urgent issues of today1.

It has become fashionable for automotive designers to compare themselves to architects, perhaps originating from proportion-derived design methods. Architecture shares many of the challenges facing automotive design: the economics of production have significant influence and the culture is as concerned with the architect’s claim to authorial voice as it is how the object relates to the people for whom it is supposedly designed.

Some architects reflect on their work and engage with theory. The current models favor those from a position of privilege and do not afford representation to all voices, but, there is at the very least some form of critical reflection upon practice. An intellectual tradition is embedded in architectural education, so this reflection extends beyond the academy. Outside the institution, practicing architects (not all, not enough, but some) engage with their discipline intellectually. They read and write, critique ideas and advance positions. These discussions extend beyond ‘what’ to ‘why’: a framework exists to discuss the theoretical aspects of their practice. This form of engaged practitioner and critical discourse does not exist in automotive design.

Automotive design remains a 20th-century industry, predicated upon high volumes and low margins. It is naturally risk-averse and resistant to change; it is suspicious of critique. Theory is only engaged with by a select few through the commodified notion of ‘thought leadership’. Ideas that cannot be communicated through a sketch or a mood board are considered too complex. Instead, anti-intellectualism haunts the discipline and there is little incentive to reflect upon practice. The scope of design activity is limited and the automotive designer is as much a product of mass manufacturing as the vehicles they create. Change to the methods or role of design are the result of externally imposed conditions; the automotive designer lacks agency.

Most automotive designers balk at the term ‘stylist’, but are not trained to reflect critically on their work. They come from similar backgrounds and attend a handful of design schools with similar curricula. These institutions neglect theory, choosing to educate through projects that ape the real world. Students face mounting levels of debt and see little value in difficult activities which do not directly increase their job prospects. Institutions, framing the student as ‘customer’, see the written dissertation or history and theory programs as unnecessary and costly: if they ever had one, they are now being slowly eroded from the curriculum. The intellectual stimulation of university education has been chiseled away and a hollowed-out technical-vocational skeleton remains.

The foremost automotive designers do not participate in structured critical analysis of their practice, that of their contemporaries, nor of the models of production within which this practice occurs. Interviews tend towards self-advertisement, and discussion to defensiveness, at best serving to reinforce preconceived positions rather than to reveal new ones. There are isolated examples of critically-engaged vehicle design, but these can only be critiqued on individual merit and not as part of a broader discourse. Describing ‘what’ or ‘how’ is relatively straightforward; discussion of ‘why’ is more challenging, but so much more valuable if we are to understand and create change2.

To address those pressing issues – environment, automation, gender, economic inequality or race, to name but a few – as they relate to automotive design, requires us to acknowledge that our decisions can have positive and negative implications on others. Behind ‘professional distance’ is a refusal to recognize the consequences of our actions.

An awakening to the political nature of our discipline – and that to ‘not be political’ is political, because it endorses a status quo3 – forms the foundation of a discourse through which design decisions can be critiqued beyond just the simple metric of commercial success or the aesthetic preference of a select few ‘tastemakers’.

There are small signs of progress amongst the automotive press and some design schools, however these have not delivered substantive change. We need coordinated action to establish an intellectual tradition.

First, industry and academia must jointly re-evaluate existing models of design and the relationship with production cycles. Theory cannot be limited to the institution and should permeate the discipline: this can only happen when practicing designers collectively decide to value their work beyond traditional commercial terms. Second, academia should act as a critical friend to industry while also conducting research outside of commercial pressures or influence. Third, we need a new educational experience that is less individualistic and competitive. Students have to be taught to question as much as they are to create. Fourth, design leaders have a responsibility to establish platforms for reflection and critique as they are the ones who have the power to resource new journals, conferences or digital channels and so ignite meaningful debate. These actions would affirm the importance of an intellectual tradition to younger designers and encourage their participation in it.

Finally, designers can only speak freely if those at the top of industry and academia urgently address the discipline’s poor record on diversity and job security. This means the overreliance on temporary or contract employment agreements and badly (if at all) paid internships must end.

Where Have All The Cool Buses Gone?

We must all participate in active critique: public relations teams may be occasionally challenged – but the benefit will be a discipline that takes ownership of the problems it is a part of. Applying a critique is not a means of imposing a negative view; rather, it is a route towards positive, progressive solutions.

1 To critique our discipline is not to advocate a form of elitism; there are actions that all of us – in industry or academia – can undertake to collectively build a more reflective and critically engaged community.

2 There is an active community of human factors and ergonomics researchers. Their work touches on many automotive design issues but I would suggest they are somewhat disconnected as they tend to an engineering perspective. There are too few (if any) platforms – journals, publications, conferences – for those who wish to engage in a critical discourse specific to automotive design and from the perspective of the automotive design practitioner. Of course, critique can and does exist outside of the written word. Writing cannot articulate all forms of knowledge and presents significant barriers to those who are not trained or predisposed to this form of communication. It is an imperfect medium that we must work to make more accessible, as it does at least offer a platform for the sharing and critique of new ideas.

3 Politics has become an unfairly muddied term – here to ‘be political’ simply means to consciously engage in a debate. To ‘not be political’ is a political choice as it (consciously or not) endorses a status quo. Both product and service design have extolled ‘design thinking’ or ‘design as problem-solving’ as able to offer a ‘third way’ solution to political issues – a questionable over-reach. I do not believe that that design or designer can solve what are inherently ‘political’ problems. Architecture has similarly struggled with its role/image, with some seeing it as a platform for political activism. To me, it is clear that car design is not capable of acting as a substitute for overt political action. Much of the discipline’s issues stem from the model of production within which it sits, so, a design-led engagement has definite limitations, but a shift from passivity to political consciousness is an essential first step to a more progressive discipline. 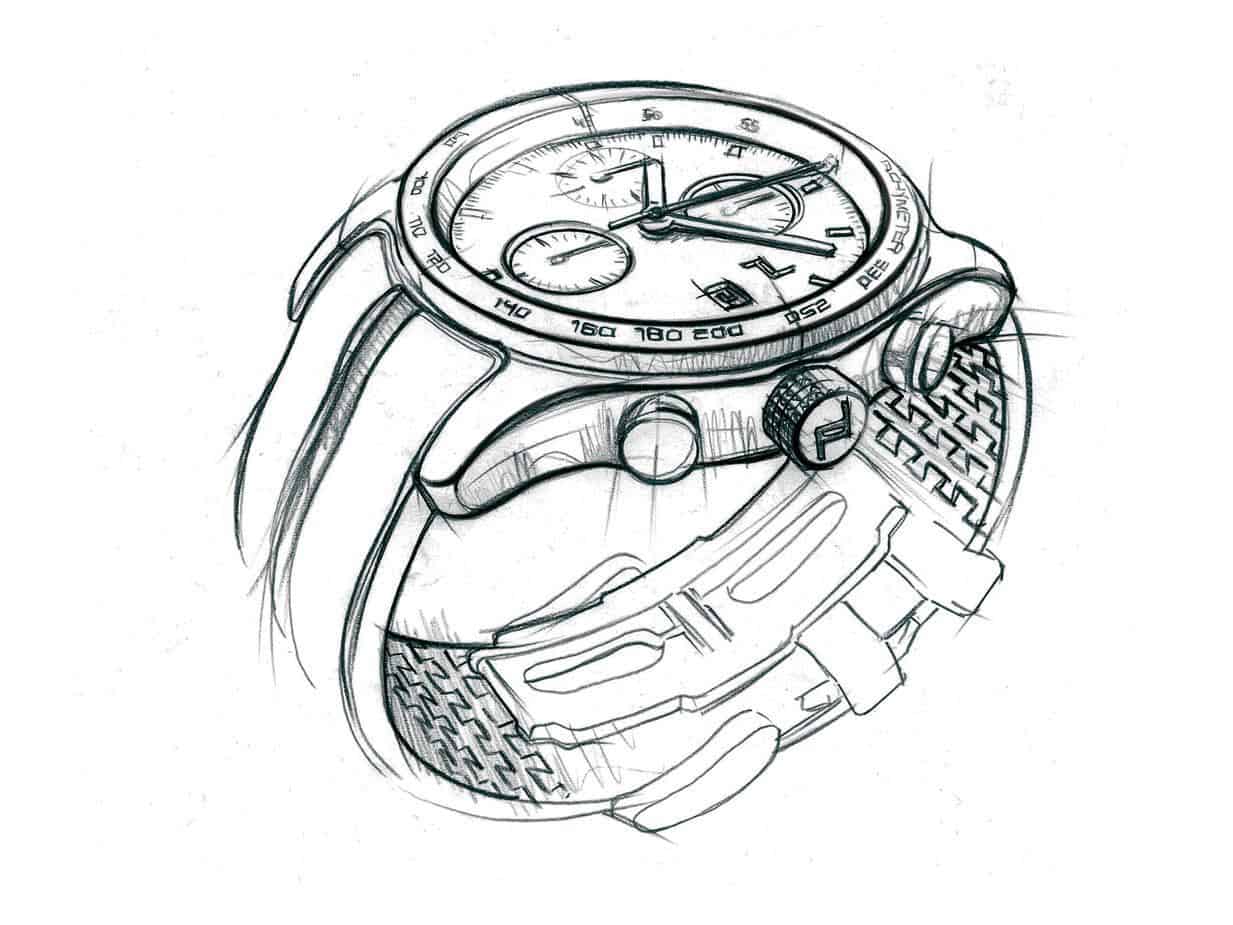