The Canoo pickup unveiled this week is a radical, expressive, yet soft and non-aggressive vehicle. Its contemporary design is at once minimal, welcoming and cool. It’s also inherently practical and modular, with a multitude of options available to suit specific user tastes and use cases. In my opinion, it is one of the most important new vehicle designs to launch so far this year. But it also begs the question: Why aren’t traditional automakers developing vehicles that are this forward-thinking as well?

There’s no reason Volkswagen couldn’t have created something in the same vein, after all the company pioneered the rounded, personable aesthetic with the Beetle. While it was a different vehicle typology, the Volkswagen Beetle’s sole purpose was to get people mobile in postwar Germany, and it did so through a series of innovations. The Canoo is a very modern interpretation of that same goal. Ultimately, the Beetle became the cult car of the late ‘60s counter culture, a significant turnaround when one considers its origins.

People in the US have a particular affection for pickup trucks. It’s not one that can be easily defined or explained to those who are not familiar with the market. The popularity of full-size pickups exists not only because they are rugged and dependable, but because of their place in American culture. While many foreigners consider New York (the east) and California (west) to be ‘America’, those are merely the coasts. There’s a whole lot going on in the middle, where pickup trucks have replaced the sedan and minivan as the family vehicle of choice; where the Ford F-150, Chevy Silverado and Ram pickups are as much a faithful workhorse as they are members of the family.

Trying to explain the pickup truck phenomena in the US is an essay in itself, so I’ll refrain from doing that here. Ultimately, it’s their versatility and robustness that makes them so attractive to buyers. The fact that they’re big just contributes to the tough image. But it wasn’t always that way. Back in the 1980s, when Wall Street was out buying German sedans in droves, their offspring were aspiring to own a black Toyota SR5 with KC lights they could take to the lake for the weekend. Americans have been chomping at the bit for more compact pickups for decades, and that white space still exists.

The sweet spot the Canoo pickup occupies is that of a lifestyle vehicle, one that users can take on excursions on the weekend or use for DIY jobs around the house. I doubt it will prove to be a replacement for full-size trucks pulling farm duty. But, unlike the Tesla Cybertruck, it doesn’t claim to be.

Measuring in at 4677mm long (5400mm with the bed extension), 1980mm wide (2209mm including mirrors) and 1920mm tall (2085mm with the optional roof rack) the Canoo is fractionally smaller than the Toyota Tacoma and Ford Ranger pickups, which are considered mid-size trucks.

So it’s not quite occupying the compact space that the Japanese and domestic manufacturers retreated from when they began building ever-larger vehicles, but it’s also not looking to compete with the F-150 – Ford’s perennial best-seller wasn’t featured in a tug of war battle in any of the marketing material. Instead, what Canoo has created is a very inviting, adventure vehicle with a host of storage and convenience features. It just happens to be electric and can presumably deal with some rugged terrain should the need arise.

The exterior aesthetic is certainly unique, though the cab-forward design does have connotations of the Econoline pickup Ford built in the 1960s. Perhaps a sign of the times, the van version of that truck outsold the pickup nine to one and it was only manufactured for one generation. Jeep similarly produced the COE (cab over engine) FC (forward control), which ran for a much longer period. But there is no cab-forward pickup currently on offer in this modern age.

Unlike the COE pickups of yore, the Canoo pickup’s electric drivetrain has enabled designers and engineers to make better use of the space ahead of the cabin. The front storage compartment not only features a number of power outlets, but the fold down panel can also be used as a tabletop and be lengthened. It’s a very unique proposition that shifts the traditional tailgate party to the front of the vehicle. Two slide out drawers that act as side steps beneath the bed provide further storage options as well.

As with Canoo’s other vehicles—with which the pickup shares its BEV platform—the design facilitates visibility and offers up a vast storage area ahead of the driver and front passenger. The interior can be outfitted with two bucket seats, or a bench seat to accommodate three passengers. Overall, the sense of space appears to be greatly enhanced by having the windshield pushed out to the extremities.

The look of the cabin is futuristic, with a thin digital readout at the base of the windscreen, a ribbed vent element spanning the IP, technical lighting in the door cards and an oblong steering wheel. It’s important to note that it achieves this without the use of any large, obtrusive screens. It’s a breath of fresh air; a return to purity and essentialism.

The all-important pickup bed is 6ft in length but can be extended an additional two feet, which is on-par with the bed available in the Ford F-150. It is also modular—with separations to avoid things flying around when unattached to the multiple tie-down hooks— and features wheel chocks to secure motorcycles; a number of plugs from which to power accessories; a fold-down side table and a lighting strip that encompasses the entire bed making it easier to see things at night.

I’m a big fan of what Canoo’s designers are doing. The California startup is making waves creating considered vehicles that can appeal to a broad range of consumers. The new pickup—which Canoo expects to have ready for delivery by 2023— is a rugged go-anywhere adventure vehicle that is both modern in its aesthetic and innovative in its functionality.

With all of the current talk about electric vehicle platforms enabling greater possibilities for design, the company appears to be one of the true pioneers actually showcasing something inherently unique and useful. 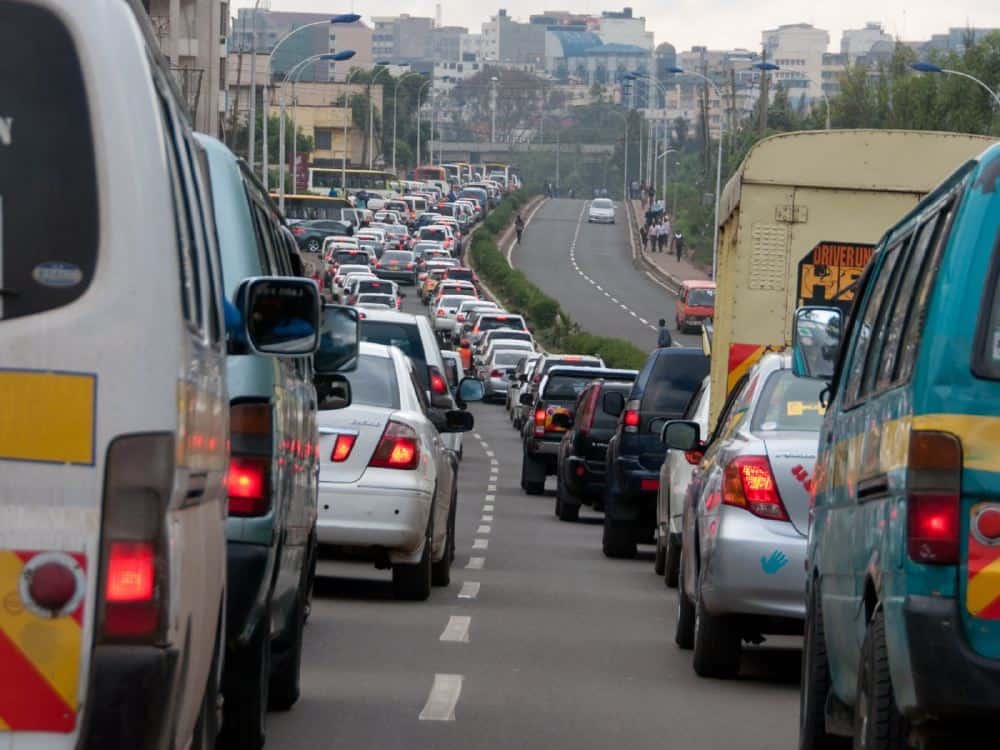 Future Outlook: Is Africa the Next Frontier for Car Design?