What Exactly is the Point of Concept or Showcars?

Back in 1939 General Motors (GM) were determined to demonstrate that they were the global auto company of the future, to do this they presented an enormous exhibition as part of the New York Worlds Fair in 1939. The GM show was called ‘Futurama’ and featured concept cars as a major part of its displays. They also showed a 1939 Pontiac Deluxe 6 plexiglass ‘Ghost Car’. It was clear that GM’s intention was to demonstrate how exciting the future with GM was going to be and how clever they were, but in the 21st Century, the purpose of these very costly show vehicles is not so clear.

One of the earliest concept cars was the work of American theatrical and product designer Norman Melancton Bel Geddes. In 1933 Bel Geddes showed a proposal that he called ‘Motorcar Number 9’, an eight-wheeled aerodynamic inter-city family car for the future. As a designer he was a ‘modernist’, his 1937 cocktail shaker is a masterpiece of well-proportioned simplicity, he designed GM’s 1939 ‘Futurama’ pavilion. His attention to detail is why he even produced the simple pin badge for the 1939 event: “I have seen the future,” it said.

The Paris Auto Salon and the Turin Auto Show were important opportunities for both the French and Italian design and coachbuilding companies. At these events, the concept vehicles were simple advertisements for the products and skills of the design companies such as Saoutchik and Bertone.

GM continued to use their grand shows, later called ‘Motoramas’ to introduce customers to future new models, the 1953 Corvette was shown at the start of 1953 and in production with very few changes late in 1953.

Ford Motor Company’s European arm presented a concept vehicle, the Ford Probe III, at the Frankfurt show in 1981 for totally different reasons. Their new mid-size family car, the ‘Sierra’ was to be launched in 1982, it was a fairly avant-garde design that, within Ford, suddenly caused the senior management to become concerned that customers would be put off by its appearance.

Ford’s plan was to show a very extreme aerodynamic research version of what was, underneath, the forthcoming Sierra. Their idea was that when people saw the production car they would be pleased to see that it was actually quite conventional. Ironically the Sierra had very poor aerodynamic stability in side winds and after a series of well-publicized accidents, small vertical fins were added just behind the rear side windows.

In July 1983 the UK’s Labor Party leader Neil Kinnock was lucky to escape uninjured when his Ford Sierra overturned on the M4 Motorway after hitting the central crash barrier, having lost control due to this instability. During its production life, the Sierra gradually became ever more conservative as Ford attempted to attract more mainstream buyers.

In 1993 Porsche showed the Boxster mid-engined concept car at the Detroit Auto Show. Journalists loved the car and particularly liked the interior details and its basic simplicity. But when the production version was presented in 1996 there were thousands of words written about how Porsche had ruined the car, let down their fans and customers and cheated the public with a vehicle that offered none of the elegant details that they so much admired from the 1993 concept.

BMW Group Design Director on the Vision Next 100

This was absurd nonsense; ‘show’ or ‘concept’ vehicles had never been a promise of that exact model becoming a production reality. Ironically the absence of tiny little fans within the interior air vents was more important than the truly bad modeling along the tops of the front fenders. A curious peak towards the rear of the front fender when looking across the car and a horrible flat surface above the wheel opening completely escaped their notice!

About Peter Stevens
Peter Stevens is a world-renowned vehicle designer and former Visiting Professor of Vehicle Design at the Royal College of Art in London. Over the course of his career, he’s been chief designer at Lotus Cars, McLaren and Lamborghini and design director for MG, Mahindra and Mahindra and Rivian Automotive. He’s also worked as a design consultant for Prodrive, BMW, Williams and Toyota. You can catch up with his antics on his Facebook page and his new website. 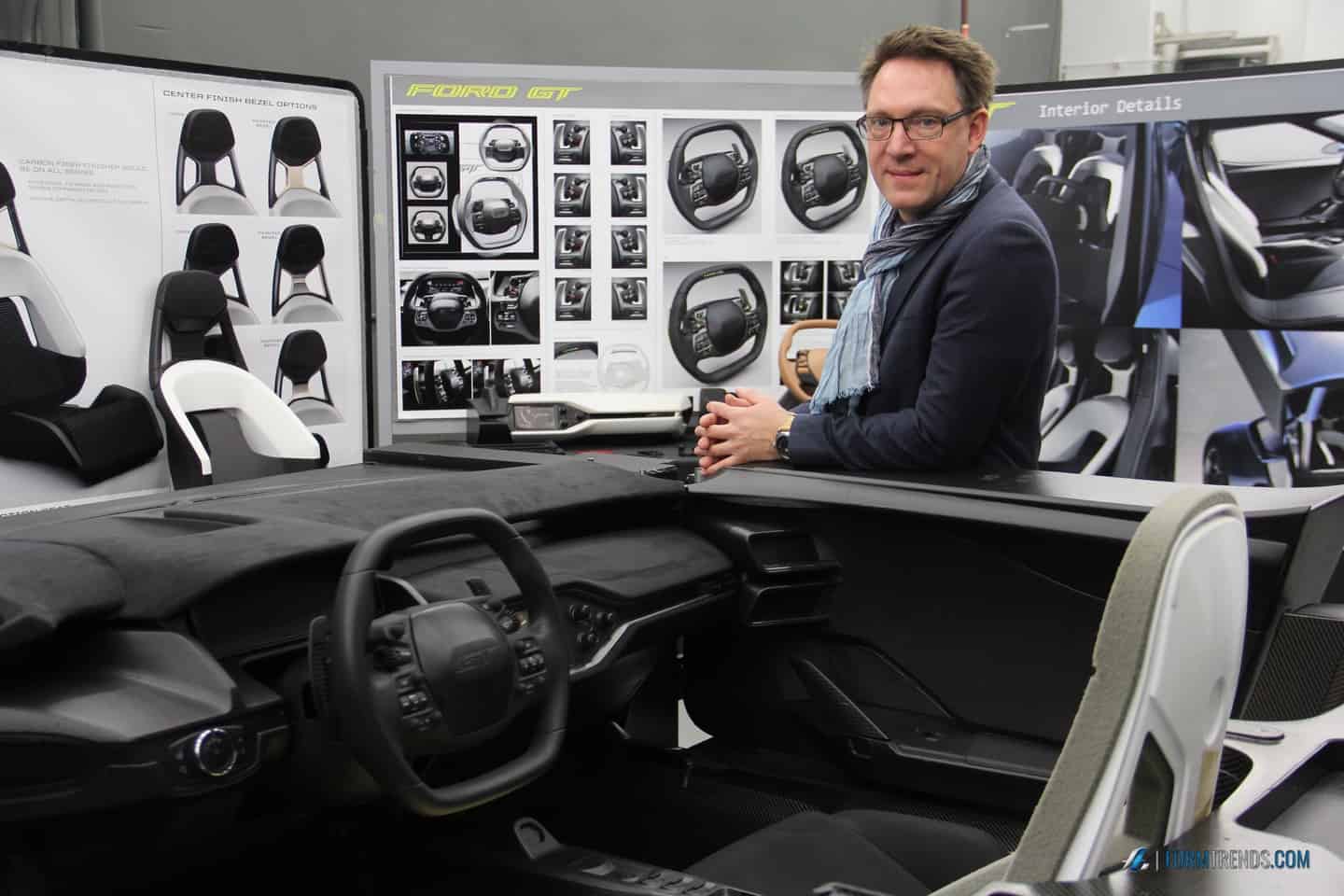