I’ve always loved the Start concept. Designed at Ford’s Advanced Design facility in Irvine California by Jeff Nield (now Creative Director at Faraday Future in Los Angeles) under the direction of Freeman Thomas, it was, by all accounts, a beautiful interpretation of a compact urban vehicle that could have competed head on with the Mini and Fiat 500 – and we’ve all seen what a great success those products have been for their parent companies. Regrettably Ford chose not to put the car into production.

I caught up with Chris Svensson, Ford’s Director of Design for the Americas, and asked him why that was. Here’s a transcript of our conversation.

Form Trends: “You worked on the first generation Ka and the Puma, which were both design icons in their own right. Since then cars have gotten larger, things have changed in terms of vehicle typololgies. The Puma’s long been discontinued and the Ka’s kind of morphed into this smaller version of the Fiesta. I’ve always liked the Ford Start concept created by Freeman Thomas’ team in California. Why didn’t that become the new Ka?”

Chris Svensson: “You know there were lots of reasons why certain products, certain concept cars, don’t make it to reality. I think it’s great that the advanced design team pushed the boundaries and challenged the organization to look at what we’re doing and offer alternative solutions. But a small car … Well, any car that we make, has to make money for the business. We are a business, and as such, we need to ensure that we get a return on our investment. It costs huge sums of money to develop a product.

“What the Start did was kind of threw the financial book out the window. It was a creative process, looking at what you could do if there were no limitations. Once we analyzed the cost involved in producing a car like the Start, I think we came to the realization that we wouldn’t make money on it. We just couldn’t. The platform was too expensive when you start to look at the cost of some of the ideas that we had in that. It was just prohibitive.

“In terms of its ideation I think it’s the right thing to do just to challenge the organization. Some of the concepts that are in that car, you’ll see they’re the types of cars that we’ll bring out in the future. But we also have to be sensible about putting products out there that customers actually want…

“As a designer I look at the Start and I think, wow, it’s great, it’s got big wheels and it’s got no wheel clearance between the wheels and the body and it’s got a really high belt line. It’s all the kind of sexy things that we as designers or automotive writers get really excited about. It’s a visual statement.

“But the reality is that people want to put kids in the back of this and high belt lines make small people in the back feel sick. Big wheels look great on cars, but the reality is customers don’t want big wheels. They want a lot of tire because you get a better ride. Big wheels and thin tires are actually awful to ride around on normal roads. They look great, visually stunning, but the real world of people purchasing cars and actually using them as daily transport, is a different world altogether.

“So when you start putting all of that real world stuff onto the Start, looking at costs, etc., when we went back and analyzed it all, it wasn’t as appealing as the original concept. We did analyze it quite significantly and I think we all came to the conclusion that the Start sparked interest in the company. Some of those things will materialize in other products, but as a standalone entity it didn’t really work.

“The difficult challenge we have as a design organization is the real world. People want to buy products that work for them. It isn’t always these wonderful design visions that you see on motor show stands. They might be visually stunning and appealing, and draw people into your capabilities as a company, but as products that you can drive to and from work or travel weekends to wherever you want to go, they’re not that usable.

“So there’s that kind of fine balance between creating stuff that’s stunning, but also usable and I think… For example, the Fusion [new Mondeo in Europe] is a great example of that balance between making something that is sexy and appealing, but actually usable. It’s a great usable and affordable product and that’s what I think we do really well.” 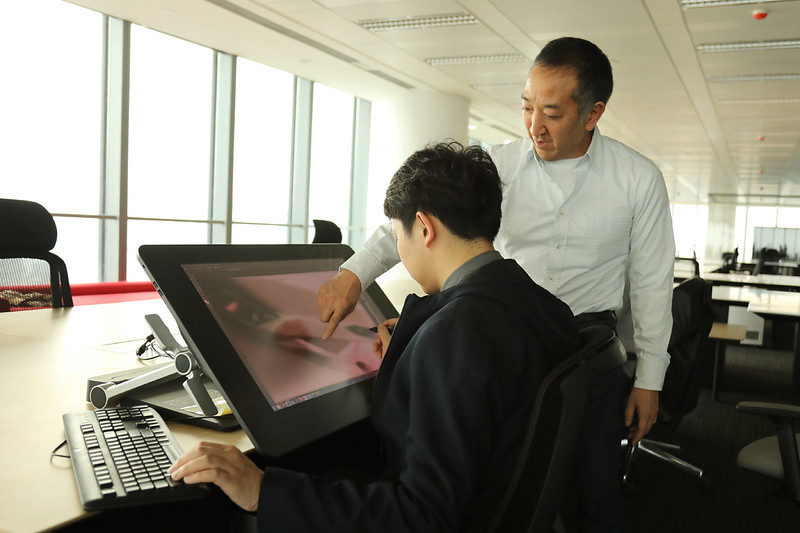