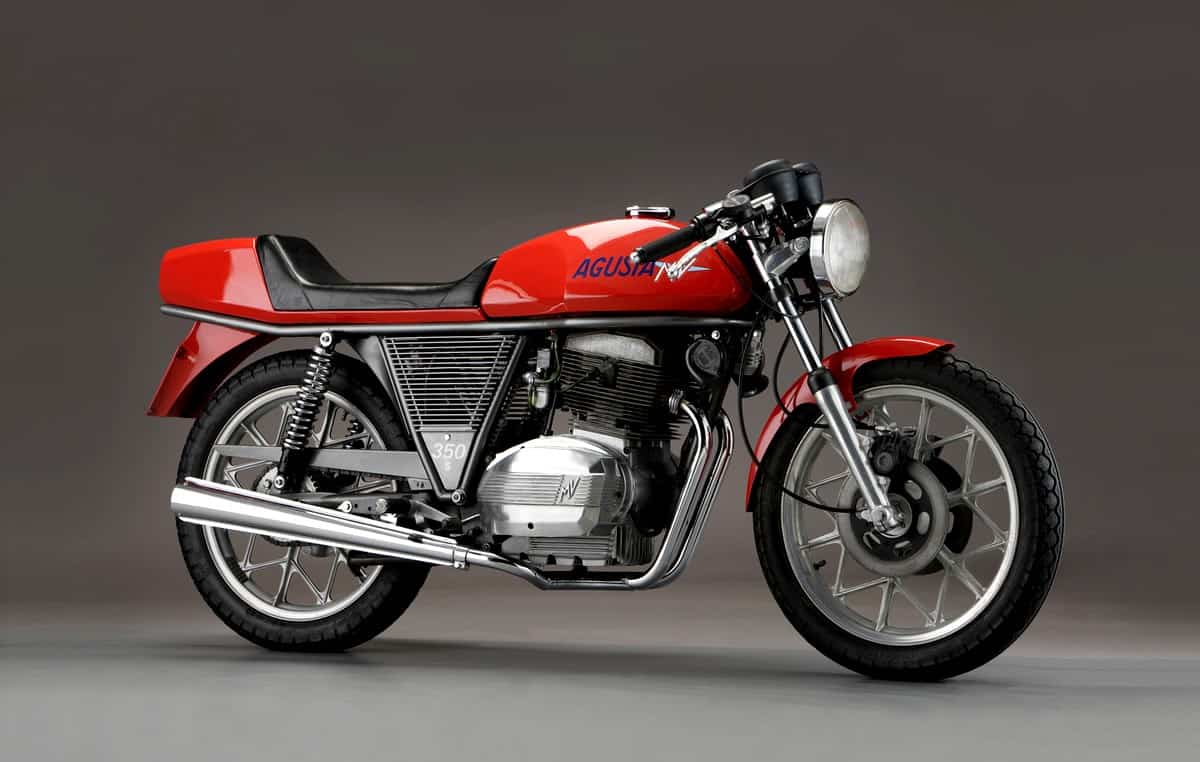 Over the past 50 years, some famous car designers have tried to craft motorcycles, but most have struggled to find resonance with the two-wheeled community. Among them, icon Giorgetto Giugiaro stands as an interesting example. Recognized as perhaps the most influential talent in automotive design history, motorcycles by Giugiaro and his firm Italdesign have repeatedly been rejected by the fickle motorcycle market, with one notable exception.

In 1973, Giugiaro was commissioned by Japanese industrial giant Suzuki to design a groundbreaking new model, the RE-5. Powered by a radical Wankel rotary engine, the RE-5 promised to be the star of the brand’s lineup, heralding a bold new direction that was to catapult it from a maker of solid but unremarkable products to the forefront of innovation. At a time when the visual differences between most of the world’s motorcycles were minute, often nothing more than subtle variations of common shapes, Giugiaro dared to impose a strong theme and apply a designer’s touch to all of the motorcycle’s components, themselves usually nothing more than afterthoughts.

Taking a cylinder motif, the RE-5 carried the entire instrument cluster inside an integrated, automotive style binnacle, housed behind a blue-tinted, operable visor. The brake light and side markers, headlamp and airbox cover repeated this theme, while the tank and seat were shaped as one continuous volume. For the first time, the roadster motorcycle was approached as a whole, rather than as a collection of parts.

It was a radical departure from the norm, and one that invited a great deal of criticism.

Cycle World magazine named the RE-5 one of the top ten worst bikes of all time, saying the design had “…the aesthetic appeal of a high speed train wreck.” Suzuki agreed. Less than two years after it’s introduction, the company updated the design, eliminating the cylinder theme, replacing lighting and instrumentation with conventional off-the-shelf items, and painting the whole bike in decidedly neutral dark colors. It didn’t help sales, and the RE-5 was quietly removed from the catalog in 1976.

Later that same year, Giugiaro designed the 350cc Ipotesi, a smart little roadster for legendary Italian brand MV Agusta. MV was in steep decline, being pinched by the dual pressures of less expensive, superior quality Japanese rivals and ongoing labor problems. The Ipotesi was an effort to arrest the slide by introducing an attractive, affordable, small-engined model.

Giugiaro’s design was indeed very pretty, retaining his signature crisp chamfer styling language, but critically this time, maintaining classical proportions and integrating styling elements into the mechanicals, rather than ignoring or covering them up. His repetition of form, from the aluminum grill on the side panels, to the slots cast into the engine casings, were clean and modern details that didn’t stray too far from convention. Clearly he had learned from the RE-5 experience.

Giugiaro continued to court Suzuki in years to come. In 1979, he participated in a design competition sponsored by the Japanese manufacturer, and German magazine Motorrad, to produce a half-faired sport-touring concept model based on the then all-conquering Suzuki GS850. Here, in the modern medium of plastic and with more surface area to play with, Giugiaro was more in his element. The crisp-edged lines so prevalent in his automotive work were employed to effect, resulting in an elegant and thoroughly modern looking motorcycle for the time. However, once more the car designer’s instinct to integrate details like lighting, and treat mechanicals as old-fashioned annoyances were poorly received by the motorcycle public and competition judges.

French motorcycle historian and retired product planning professional Francois-Marie Dumas called Giugiaro’s GS concept “Neither fun nor intelligent, practical or inspired, the Giugiaro Suzuki fails to acquit itself in any way.” The competition was won by the iconic Katana proposal from Target Design, a tiny three-man industrial design firm from Germany, which incidentally also beat a submission by Porsche.

In the decades that followed Giugiaro’s 1970s flirtation with motorcycles, his firm would only dabble a few more times in two wheel design, restricting himself to commuter concepts. In the early 80s, Italdesign produced the Colibri A5 moped for Slovenian brand Tomos. The clean look of the cover-all theme won over many admirers looking for a tidy, product-like transportation solution, in an era when mopeds were dirty, motorcycle-bicycle hybrids cluttered with exposed mechanisms. The Colibri stood out, a stylish accessory rather than a utilitarian tool. It went on to influence the design direction of mopeds throughout the 80s.

When Italdesign was hired by struggling Spanish motorcycle brand Derbi to help it with the brand’s first modern sport scooter, the Predator, the results were less impressive. The Predator was a clumsy design, cluttered with details and lacking any overall theme. Compared to the visual sophistication of class leaders such as the Yamaha Aerox or Peugeot Speedfight, the Predator came across as a low cost, Far East import rather than a European alternative. Many factors — such as poor distribution and quality issues — hurt Predator sales, but in a teen-focused segment where performance is restricted by law, price and style are what define success. The Predator had the price advantage, but clearly not a styling one.

It is easy to criticize the misfortunes of Giugiaro in two-wheel design, but it is vitally important to recognize that motorcycle design is not equivalent to car design. Nor is it a lower-class subordinate to its more famous professional cousin. In each and every case where an architect, furniture, or automotive designer has failed in motorcycle design, it is because there was a clear arrogance in their method; a belief that the design principals that they mastered and elevated them in their field would translate into a motorcycle and result in a successful design.

Automobile design is a study of line and contour, while motorcycle design is principally a study of volume and proportion, where the interior and exterior combine together. Giugiaro consistently styled motorcycles like cars, treating them as closed volumes with sweeping lines that tried to unify the unique components of fuel tank, seat, tail and fairings. The relationship between those sculpted forms and the motor, chassis and other mechanical parts was ignored, thus alienating the aesthetic traditions of the vast majority of motorcyclists, and the wonderful interplay opportunity they presented.

Were these failures a comment on the great man himself, a reflection of a lack of understanding of the aesthetic and cultural themes of motorcycling? Or were his ideas too advanced for an industry that is often seen as lagging behind design trends, and the cutting edge of product evolution?

Giorgetto Giugiaro retired this year, leaving a transportation design legacy that is unmatched. More than styling, he helped introduce a long-absent business professionalism to the trade. Among his many accomplishments, Guigiaro’s contributions to motorcycle design are important, as much for their failures as the successes. He quickly identified the design myopia and inherent conservatism that paralyzed motorcycle design for almost a century, and was able to introduce style innovation that would leave a lasting impact.

As with his cars, it could be argued that he was more influential on the low-end of the market spectrum than with the exotic. Which was more important to the history of car design, the humble Fiat Panda or the Maserati concept cars? In his motorcycles, the humble Tomos would go on to literally change the shape of mopeds across Europe for the next 20 years.

No small achievement for the tiny motorbike. 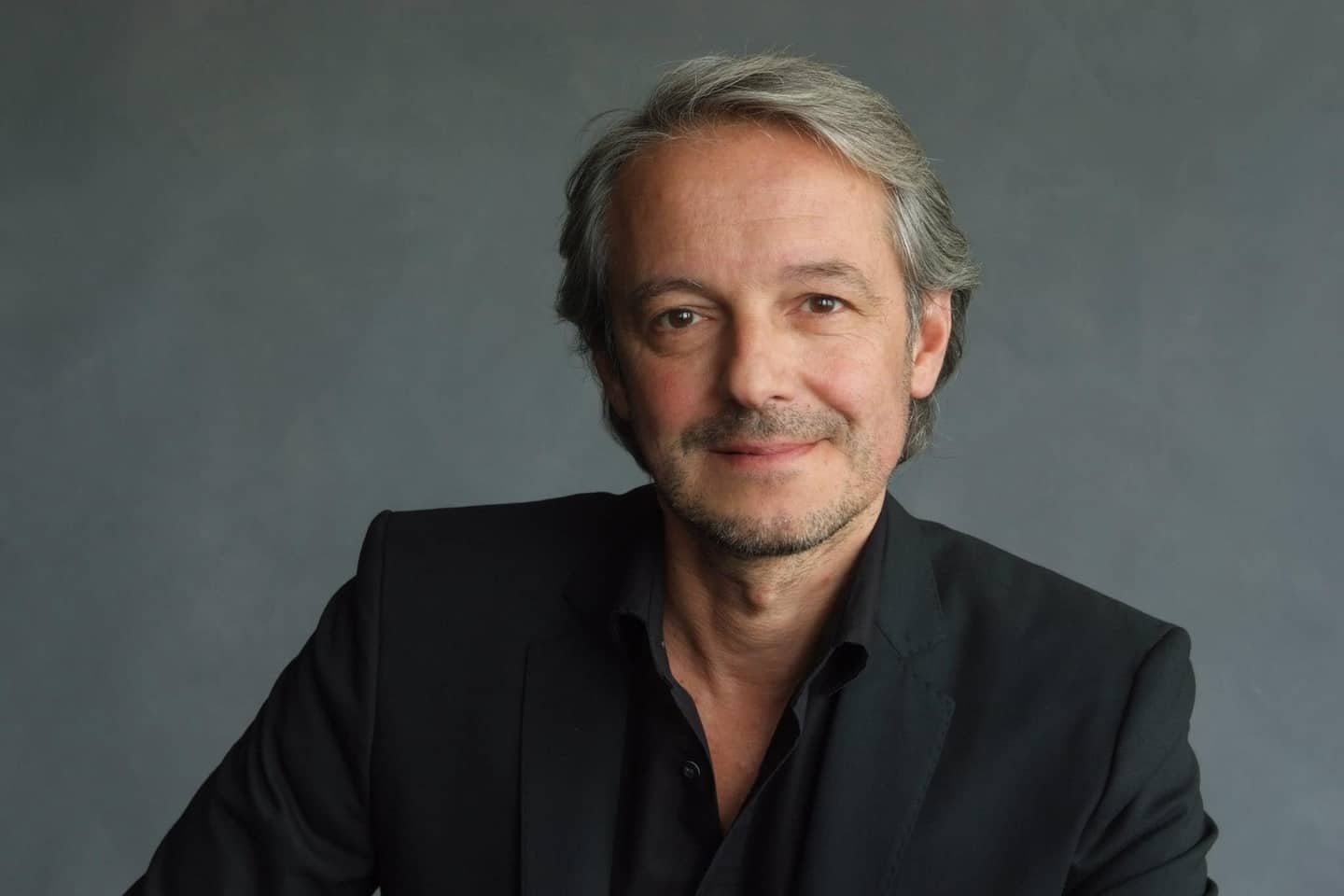