Have The Most Beautiful Cars Already Been Designed?

When you look at new cars, do you sometimes feel that the most beautiful ones have already been designed? Where has true elegance, purity and originality gone? And why does it seem that, while there are more cars than ever, there is less good car design? We’ll examine some recent electric cars from Mladá Boleslav, Bavarian missiles and a novelty from China as we look for answers to these questions.

Is there still good design? Of course, it’s just sometimes hard to decipher what really good design is, what can be called controversial, but still good design, and what has simply crossed the line of good taste. It’s no different in car design either. When a carmaker introduces a new model, there is often a wave of criticism, calls for the return of its predecessor, or even the signing of petitions for the dismissal of the chief designer, as happened once in BMW.

It is difficult to find a design industry that receives such attention, effort and money. The designers have the latest technology at their disposal and the teams bring together highly qualified people from all over the world. But do the results correspond to that?

To answer, we need to set at least a basic measure of what a good car design should actually look like. Should it be timeless, functional and aesthetic? Or are we satisfied with the fact that a good design is recognized by the fact that people buy the product? Maybe a little of each, but if we refer to the ten principles of good design according to Dieter Rams – who designed iconic products for Braun and who also inspired Steve Jobs – good design must, first and foremost, be innovative.

The fact that we are now on the threshold of electromobility should be positive news for designers because new technologies always bring new opportunities and challenges. However, the entire automotive industry is not going through an easy period today. New cars need to be far more environmentally conscious; customers are wondering if they need to own them at all; and carmakers should be convinced that they want them at a time when they themselves are under maximum pressure to reduce costs.

To make matters worse, we must realize that the car is, as a product, very mature, with more than a century of development, and the inertia of the giant automotive industry is great. Add to this, of course, various rules and regulations and you will find that there is little that you can change as a designer. After so many demands are placed on you, it is actually a small miracle that more new cars don’t look out of place. For example, let’s try to choose three models on which we can watch everything live.

Even More BMW Than We Hoped

The first may be the BMW M3 / M4, which recently shook the automotive world. The German premium manufacturer was in a difficult position – rework this revered automotive icon without stagnating in the past. Looking at the new model, it looks like the company decided to make the M stalwart even more BMW in the style of ‘whoever screams loudest is right’.

The traditional kidneys in the front mask have grown to gigantic proportions and are trying to attract attention with an even more expressive expression. Because it’s a BMW, this strategy will probably work for a while. But is it enough for a company known for being an innovative segment leader?

It’s always difficult to push a new design language forward, even more so when it’s associated to a brand that is so recognizable and steeped in heritage. But it’s a designer’s task to seek out that new direction, to innovate and to push forward with proposals that, polarizing as they may be from the outset, will gradually find appeal with the buying demographic they’re targeting. Sometimes it just takes a while for people to warm up to and accept a new design language. The verdict is still out.

Transcending its Own Shadow

Another example is the Škoda Enyaq, the fourth SUV in the brand’s lineup in (almost) as many years. The new SUV from VW Group’s Czech subsidiary proudly announces its entry into the new electric era and we are convinced that these are not just words hidden behind a bold ‘crystalline radiator mask’. The Enyaq’s proportions, confident stance and remarkable interior (certainly for the price point) only add to the company’s success story.

The Enyaq may not be the most radical new car presented in recent times, but it does show steady progression coming from traditional carmakers. Škoda’s roots date back to 1895, when Václav Laurin and Václav Klement began producing bicycles, which gradually evolved to motorcycles. Laurin & Klement built their first car in 1905 and were acquired by arms manufacturer Škoda Works in 1925, making the company the fifth oldest car manufacturer with an unbroken history, behind only Daimler, Opel, Peugeot and Tatra.

Škoda has obviously benefitted from resources and platforms since being acquired by the Volkswagen Group in 1990, but the company stands to gain even more in the electric age. Even if you are a staunch traditionalist, you have to admit that the conservative Škoda has managed to transcend its own shadow and bring something new to automotive design, and this effort is simply appreciated.

A Fresh Gust of Wind from the East

If you want to see the real trends that shape the future of cars today, you have to go to the Far East, and to China in particular. The Qoros Milestone, introduced at the Beijing Motor Show last year, is no longer one of many Chinese concepts that Europe can just wave at from a distance. It’s the precursor of a new wave of automotive design.

The provocative Milestone is a utopia at first glance. There may be a lot of things wrong with it but, as a whole, it looks progressive and bold in terms of its surfacing and detailing. In the front grille, of course, you will not find any traces of the traditional radiator grille, an aesthetic element that European carmakers still force onto electric cars. Supposedly this is because customers would not accept a very different look. It’s like smearing a model’s nose on a photo.

But when you look into the ‘face’ of the Milestone, it doesn’t look like anything is missing or dwelling in it. Also, instead of ‘eyes’, you will only find a static illuminated rectangle. But does it work statically? Not coincidentally, it is crisp and hi-tech at the same time. The line of car development, as we know it, is not interrupted here, but at the same time it is inevitable to feel that it is something really new.

It makes you wonder if this may be the new aesthetic of electric cars that have been talked about for some time and that many designers are calling for. Maybe so, maybe not, but thanks to this concept, we certainly see its contours more clearly.

It seems that at least some Chinese carmakers (with the generous help of European designers) are already behind the dead ends. At the same time, they have not yet lost the courage to create new things and thus give impulses to the entire industry. After the traditional European showcars ​​and concepts, which still mostly only foreshadow the already finished serial model, it is refreshing to see that there is still some unexplored territory to move into.

Excerpts of this article first appeared in Aktuálně.cz and have been reprinted with permission 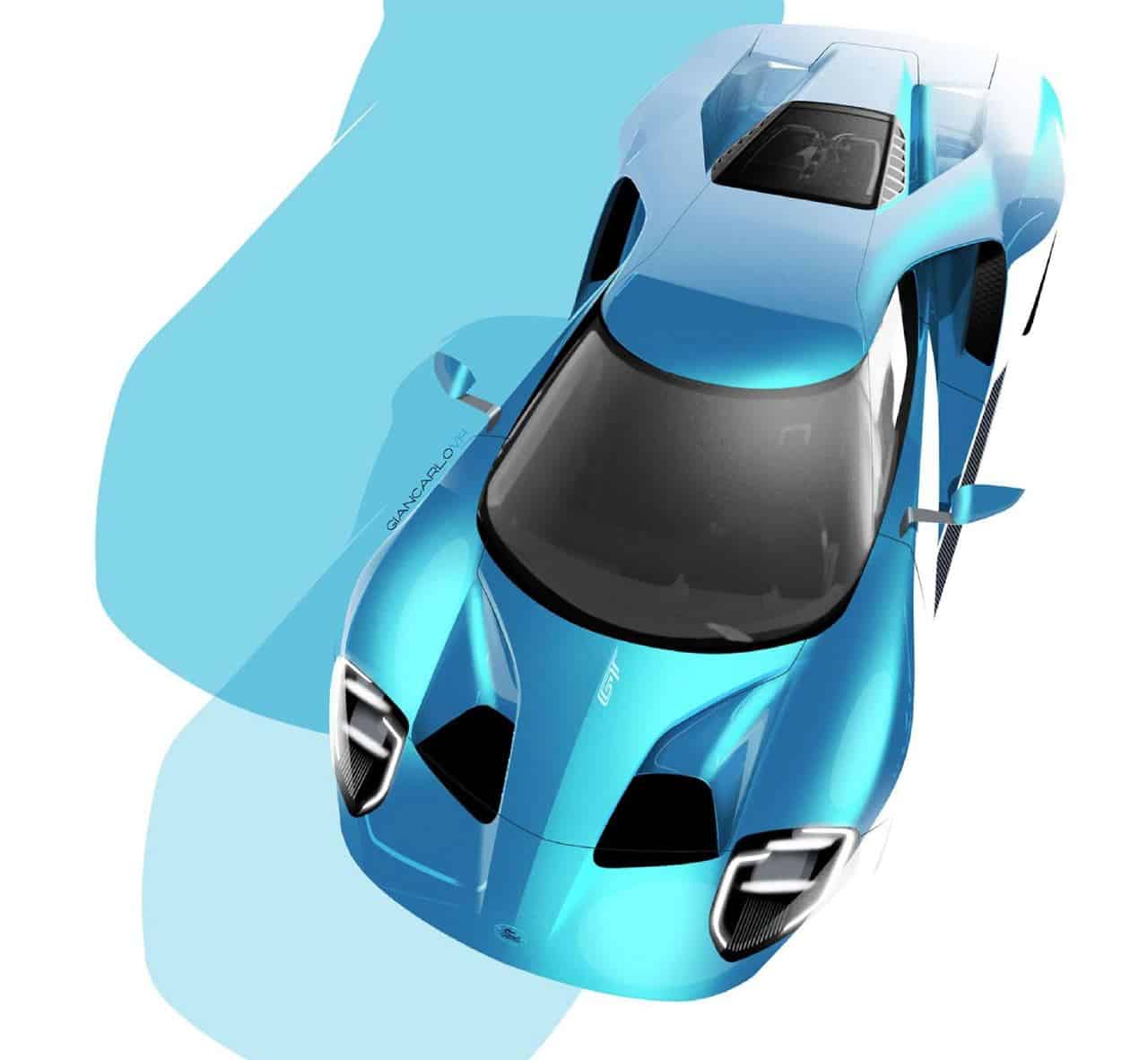 Peter Stevens Examines the Complexity of the A-Pillar