Sometimes ‘Showcars’ or ‘Concept cars’ are simply to prepare journalists for future production intentions; to get a story started that can then be added to prior to the cars introduction. Other times they are there to guide public taste, to let people know that the company is still in business, or to sell maybe just one or two special editions. These are all clear commercial objectives.

Occasionally a company unveils a concept as a celebration, either of their history or culture. In 1996 Renault presented the ‘Fiftie’, a charming little evocation of the rear-engined 4CV or ‘750’ Renault that first appeared in 1946. The good thing with the ‘Fiftie’ was that, whilst it was clearly retro in its form, all the details were absolutely contemporary. With no intention of putting the car into production there was none of the marketing cynicism that often accompanies other retro evocations.

SEE PART ONE OF THIS ARTICLE SERIES HERE

The early 1980s was a time of prolific introduction of show cars by all of the Italian design houses. This was a time when no one seemed to question the recycling of spare design proposals made for one company that were then presented to another manufacturer. I remember my surprise on opening a drawer at Lotus and finding a large set of Ital Design proposals for the Lotus ‘Etna’, designs that would be familiar to BMW M1 or Ford ‘Maya’ enthusiasts. Those who are used to hearing by views on poor modeling or bad surface development will be able to guess what I think of the lines on the much later BMW M1 ‘Hommage’!

The Etna, first shown in 1984, presented an interesting problem for me. I was asked by Lotus management to use as many design cues as possible from the Etna for the design of a proposed new Toyota engine front-wheel-drive sports coupe code named X100. I worked on the design in the Turin-based company Cecomp. They were a very well respected show car and prototype build shop that was responsible for almost all of Gandini, Ital, and the Fiat Group’s show vehicles. It was Cecomp who had built the ‘Etna’ show car.

A Look Inside Ford’s Palo Alto Research and Innovation Center

Trying to impose a style from a vehicle of totally different architecture, a large mid-engined V8 powered two-seat, high performance sports car on to a little FWD low-cost coupe was never going to work. Fortunately for me when GM bought Lotus, Toyota disappeared as a supplier and partner and I was able to start again with a new design using a very compact Isuzu engine and gearbox.

A 1988 concept car that came from Porsche’s Wiessach design studios was never intended for public display, the four-door car was based on the 911 platform and was an examination of the possibility for a four-seat family-oriented Porsche model. At the time designer friends at Porsche said it was because senior management at the company were getting older and had teenaged kids who refused to sit curled up in the back of a 911! It is interesting to compare the roofline with that of the fat Panamera that appeared 20 years later. 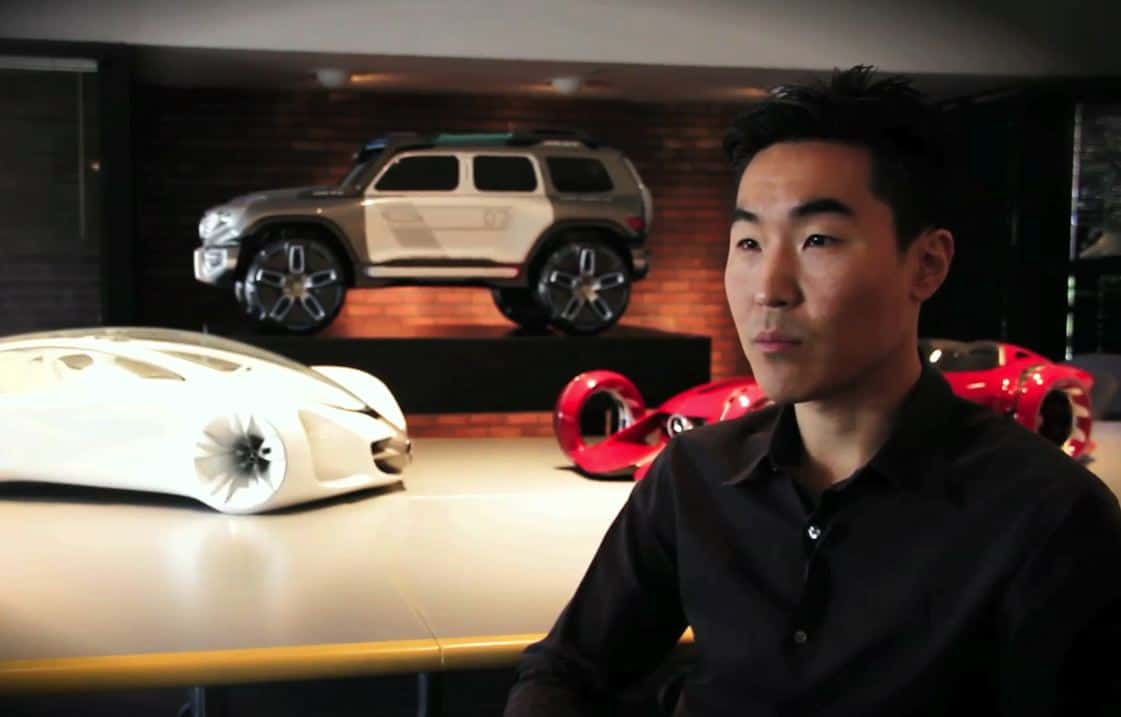