The sixth-generation Ford Mustang was unveiled to the world yesterday, with launch events taking place in six cities on four continents. With more than nine million models sold since its introduction in 1964, the Mustang embodies the spirit of America and defines the often overused word ‘icon’.

The Mustang’s a big deal, and this one will also be sold in Europe for the first time. It also happens to coincide with the departure of J Mays, founder of retro-futurism and the undeniable instigator of the entire retro car design movement, who will retire from his role as VP and Chief Creative Officer in the new year to be succeeded by Moray Callum.

The new Ford Mustang’s design is an evolution of the outgoing model. Its proportions have been reworked from the outgoing car, with the resulting exterior design, led by Joel Piaskowski, lending a more contemporary feel.

Exterior design manager Kemal Curic says the team drew inspiration from the first generation 1964 1/2 Mustang in creating the shark-nose front end, while wide headlamps flank a slimmer and wider blacked-out grille and run far into the front fenders. The three light bars within the headlamps also create harmony in the design, mimicking the graphic of the three dimensional rear lamps, which bookend the blacked-out element in the sloping rear deck.

“There’s a lot of key elements, which we took and were inspired by our heritage,” Curic says of the new design. “There’s certainly a bloodline running through the entire car.”

With a longer, lower hood and roofline than its predecessor, the new Mustang not only looks more planted but also has a wider stance thanks to a 70mm increase in its rear track width. This allowed the design team to create a strong rear haunch with wider rear fender forms draped over the rear wheels. The haunches give the rear end a more muscular, hunkered-down look, which is further accentuated by the inward tapering roofline and faster backlight.

Other changes over the fifth-generation model include a more rearward set cabin (which lengthens the dash-to-axle distance for a more sporting profile) and a single piece DLO, which cloaks the B-pillar for a more modern look. The new car is also fitted with a rear hatch (or ‘fastback’ in Mustang speak, no red-blooded American car has a hatchback) rather than a conventional trunk, adding more practicality.

Mechanically, the big news is that the new Ford Mustang will be fitted with a fully independent rear suspension for the first time since its inception — which should make for a more refined driving experience to coincide with the vehicle’s aesthetic.

Buyers in most global markets will be offered a choice of three engines — a large 5.0-liter V8 (the default choice for the pony car), a 3.7-liter V6 and a 2.3-liter ‘EcoBoost’ (again with the Mustang-speak — we wouldn’t want to offend anyone by calling it a turbocharged four-cylinder). Only the four-cylinder and V8 will be offered in Europe. 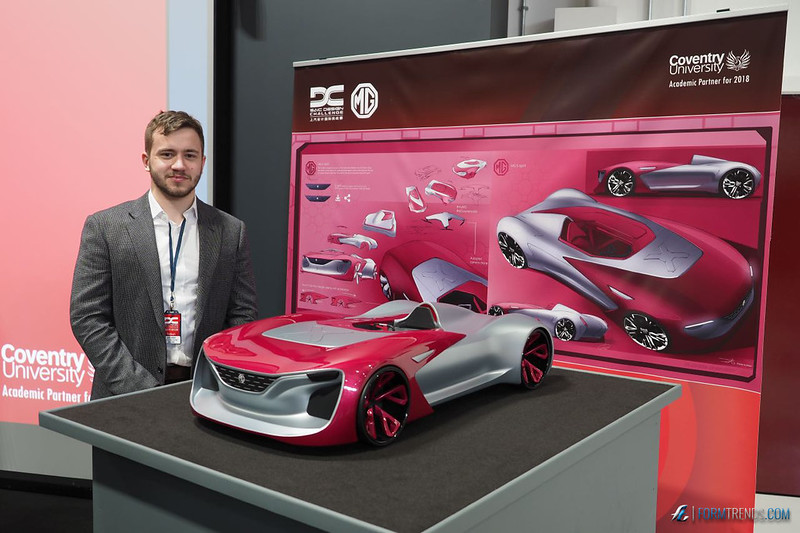