Former Mercedes and VW design chief Murat Günak recently joined Turkish carmaker TOGG as head of design. In his new role, he will oversee all of the design operations of the brand from its headquarters in Gebze, Turkey. The company currently has two vehicles in the pipeline – a sedan and an SUV – which were designed by Pininfarina and shown in 2018.

News of Günak’s appointment was confirmed in a low-key and rather unusual way: TOGG shared a video on the company’s LinkedIn account, with a caption reading: “Our world-famous designer, Murat Günak, who was with us as a consultant when we started our journey, joined our team as TOGG design leader as of April 1st.”

Günak is a Turkish designer – born in Istanbul in 1957 – so the task of leading the country’s first national brand’s design effort seems like the perfect fit. He also has a lot of prior experience to draw from, having worked for Ford, Mercedes-Benz, Volkswagen, and his own consultancy. Unfortunately, some of his later public ventures were not commercially successful.

Günak studied industrial design at the Academy of Fine Arts in Kassel, Germany, before enrolling in the Vehicle Design MA course at the Royal College of Art in London, UK. His degree show project was sponsored by Ford and he moved to Cologne, Germany, to join the company after graduating in 1983.

He worked at Ford Germany for two years before moving on to Mercedes-Benz in Sindelfingen, where he contributed to the designs of the first-generation C-Class and SLK. In 1994 he became Head of Design at Peugeot leading the teams that created the 206 CC, 307, and 607.

Günak returned to Mercedes in 1998 as Head of Design of Mercedes-Benz Passenger Cars, Maybach and SLR, which was then run under the DaimlerChrysler AG umbrella. During his tenure the Mercedes-Benz CLS and Mercedes-McLaren SLR came to fruition.

In 2003, Günak was called upon to head the Volkswagen brand’s design activities and was appointed Head of Design for the entire Group one year later. One of the more notable designs penned during his period at the helm was the Volkswagen Passat CC. He held the position until 2007, when he was succeeded by Walter de’Silva.

After a while, Günak reappeared on the automotive circuit with Mindset AG, an automotive company backed by Swiss holding company Spirit Avert AG. He was named CEO of the new plug-in electric hybrid vehicle project and worked on the exterior through his consultant company MGMO GmbH. His friend David Wilkie (former head of design at Bertone and current head of design at CNH Industrial) designed the interior.

The innovative E-Motion was built on an aluminum spaceframe and featured a lightweight plastic body, a minimalistic interior with a full-width bench seat and thin 22-inch wheels. Though it was 4260mm long it weighed only 800kg. The futuristic Mindset project, based and developed in Switzerland, unfortunately never made it to production and the company was dissolved in 2012.

Through his contacts at French company Heuliez, which had secured new investment, Günak began working on a new electric vehicle project called Mia Electric, a reworked version of the company’s Friendly microcar, together with Wilkie. Sadly, the car was deemed too expensive for its size and finish, and the Mia Electric was only produced for two years, between 2011 and 2013. Günak then moved to Tretbox, now Ono, to develop further electric vehicle designs.

While Günak’s recent attempts at reinvigorating companies have so far proven unsuccessful, we wish him well in his new role as Head of Design at TOGG. 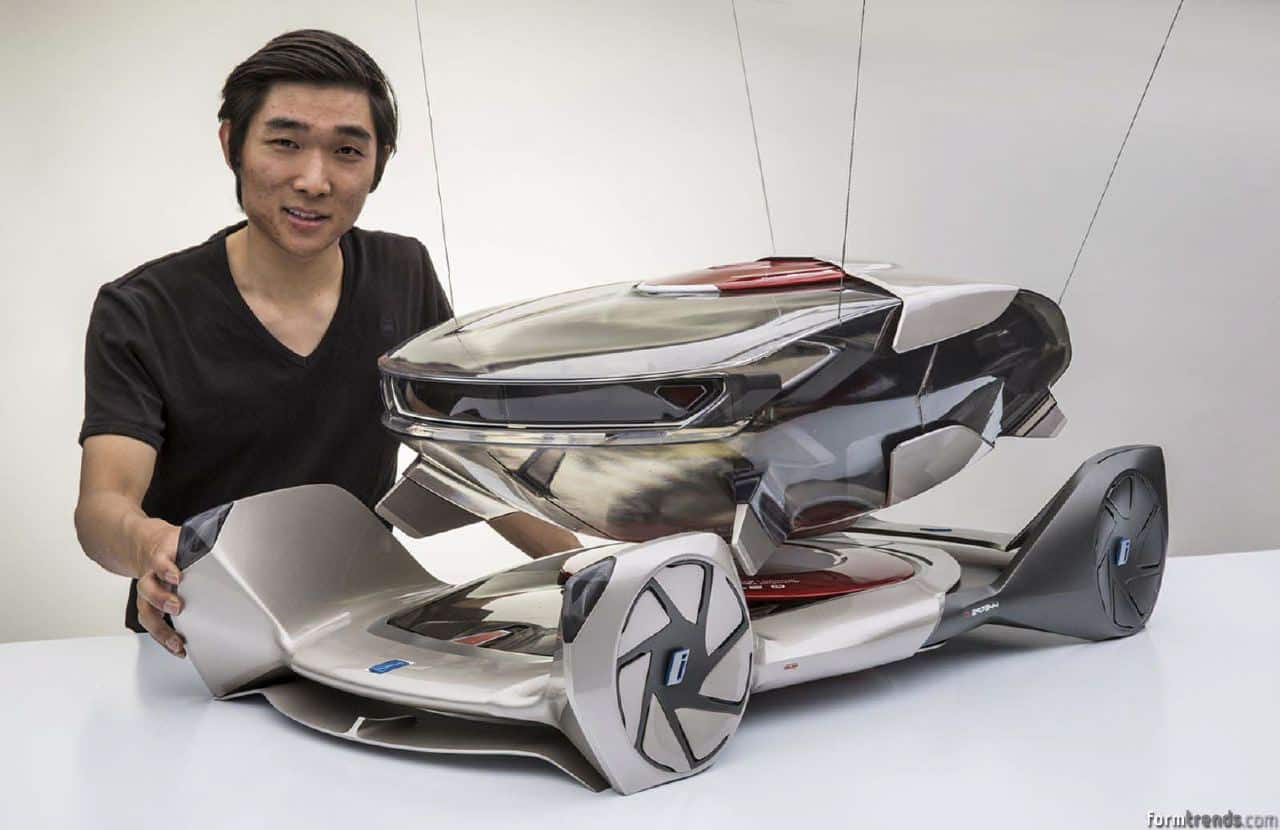